The year 2015 is pivotal in international development. As the era of the Millennium Development Goals (MDGs) concludes, work continues to take forward the unfinished MDG agenda and to define and meet the more ambitious Sustainable Development Goals (SDGs). In preparation for the new challenges, the World Bank Group is changing. A new strategy in 2013 set two ambitious goals: ending extreme poverty by 2030 and boosting shared prosperity for the bottom 40 percent in a sustainable manner. To achieve the twin goals and contribute significantly to the SDGs, it is important to reflect on the Bank Group's experience with the MDGs to draw lessons for its engagement with the post-2015 agenda. This report also reviews the effectiveness of the Bank Group's portfolio and country programs for delivering results, and its implementation of Independent Evaluation Group (IEG) recommendations.

The World Bank Group responded to the MDGs in many ways, but there were gaps and lessons

The Bank Group clearly saw the value added and opportunities in the MDGs, but also the risks. In the decade before the Millennium Declaration, the Bank Group started to focus on poverty reduction, with private sector-led growth and social and human development as the twin pillars of its strategies. Despite perceptions that the Bank Group resisted the MDGs, it endorsed them in 2001. The Bank Group saw the MDGs as both a results-based framework for assessing the impact of its activities and an opportunity for alignment with partners and countries. At the same time, the Bank Group recognized that the MDGs did not sufficiently focus on sustainability, institutions, and the role of the private sector in development. Its engagement with the MDGs highlights several key strengths and some weaknesses.

The Bank Group integrated the MDGs in its strategies while pursuing a broader approach to poverty reduction. Its approach to supporting the MDGs was to implement the twin pillar strategy by strengthening the country focus and utilizing the Comprehensive Development Framework. In time, there was greater emphasis on institutions and governance, global public goods, results management, enhanced instruments, domestic resource mobilization, and expanded analytic work and evaluation evidence. International Finance Corporation (IFC) and Multilateral Investment Guarantee Agency (MIGA) strategies did not target the MDGs, but sought to contribute to growth by promoting private investment. This holistic approach to development was validated at the Busan Aid Effectiveness Forum and incorporated into the post-2015 agenda.

The Bank's analytical work influenced global development thinking and its own strategies and approaches. Since 1990 several World Development Reports advanced the thinking on poverty reduction and achieving the MDGs. They also underpinned many Bank Group corporate and sector strategies. Drawing from its strong statistical expertise, the Bank played a key role in defining the MDG targets and indicators in 2001, and promoted the managing for results agenda. Starting in 2004, the Bank, with the International Monetary Fund (IMF), produced the Global Monitoring Reports to provide analysis of the policies and actions needed for achieving the MDGs and related development outcomes. The Bank Group is the largest producer of impact evaluations (IEs), although a recent IEG evaluation found that the feedback loop between IE production and Bank operations and learning has been weak.

The Bank's country-based model was crucial for translating the MDGs into country programs, but it needs strengthening. In endorsing the MDGs, the Bank Group emphasized the primacy of country ownership for achieving the global goals. Its country strategies have sought to link the Bank Group's institutional objectives with the countries' own priorities. This heightened country focus was supported by organizational changes and country instruments and processes that were initiated in the late 1990s. Under the Bank's country-based model, the MDG themes were incorporated substantially in Bank Group country programs. However, recent IEG evaluation found that although the country-based model improved the Bank Group's responsiveness to client needs, it made it difficult to integrate sector and corporate strategies with countries strategies.

The Bank Group engaged in partnerships at several levels to support the MDGs, but there is much room for improvement. The Bank Group recognized early on the unprecedented opportunity the MDGs presented for aligning partner efforts to improve the effectiveness of poverty reduction. Its selectivity framework specified the principles for working with partner organizations. Trust funds expanded, bringing with it both opportunities as well as challenges. The Bank Group played a clear role in getting governments and partners aligned through its programs and the Poverty Reduction Strategy Papers and Heavily Indebted Poor Country Initiative with the IMF, but there is no indication that the MDGs were key drivers in this regard. Internally, despite the Bank Group strategic focus on private sectorâled growth, cooperation among the Bank, IFC, and MIGA remains ad hoc. The Bank Group does not have the metrics for assessing partnerships, trust funded or not. Independent reviews and IEG evaluations of global funds and global and regional partnerships identified a number of issues, including poor integration of the issue-focused partnership programs with the Bank's country-based model.

The Bank Group strengthened its results orientation, but has not articulated a clear results chain for the MDGs. As part of the institutional effectiveness reforms in the late 1990s, a new system of performance indicators for client responsiveness and drivers of project outcomes was introduced. Results-based country strategies were mainstreamed in 2005, and results-based financing is now widely used in many sectors. In 2010 IFC piloted the IFC Development Goals in an effort to use development goals to drive strategies and operational decision making. Since 2011 the Bankâs Corporate Scorecard includes MDGs in Tier 1 indicators (and water and sanitation MDG indicators in Tier 2). However, the Bank Group did not have a clearly articulated results chain for the MDGs, or a systematic process for assessing its contribution to the global goals. This deficiency created ambiguity internally and externally about the expected roles, approaches, and contributions of the Bank Group. It also created difficulties in identifying specific MDG areas that might need special attention.

The Bank Group commitments increased amid significant organizational changes, but development outcomes of its lending portfolio continued to decline. In fiscal year (FY) 14 Bank Group commitments reached $61 billion, consisting of an increase of almost 30 percent in Bank lending to $40.8 billion, a 5 percent decline in IFC investments to $17.3 billion (excluding mobilization of $5.1 billion), and a 14 percent increase in MIGA guarantees to $3.2 billion. However, continuing a long-term, steady downward trend, performance of Bank-financed operations and IFC investments deteriorated further when comparing projects evaluated in FY11-13 with those in FY08-10. Portfolio performance fell the most in International Bank for Reconstruction and Development (IBRD) countries and the East Asia and Pacific Region (the Bank only), which were the good performers in the past. The lack of a fully functioning self-evaluation system prevents continuous tracking and assessment the Bank's knowledge activities' impacts.

Some behavior and process factors are key drivers of Bank Group work quality at entry, during supervision and, ultimately, of project development outcomes. Previous work by IEG and management demonstrated a strong statistical correlation between the quality of work by Bank Group teams at project preparation and implementation, and the ultimate development outcome of projects. For both the Bank and IFC, poor work quality was driven mainly by inadequate quality at entry, underscoring the importance of getting things right from the outset. For the Bank, applying past lessons at entry, effective risk mitigation, sound monitoring and evaluation (M&E) design, and appropriate objectives and results frameworks are powerful attributes of well-designed projects. During project implementation, the propensity to problem solving is the dominant feature of good supervision. Other factors such as the regularity of missions and corrective actions at mid-term are also important, but to a lesser extent. For IFC, work quality goes beyond risk identification--that is, identification and assessment of risks during project appraisal is not sufficient without risk mitigation.

Further improvement in Bank Group country program performance requires addressing the long-standing issues of poor strategic selectivity and weak results chains. IEG research found that although the Bank Group paid significant and increasing attention to selectivity, there is still a lack of common understanding of what defines selectivity and how to achieve it. Efforts at sharpening selectivity in Bank Group country programs have not led to clear progress. Poorly articulated results chains that do not clearly identify the underlying assumptions and transmission channels make it difficult to assess whether the planned interventions can deliver on the proposed objectives. Because the tendency is to underestimate the efforts required for delivering results, deficiencies in the results chains deprives the Bank Group of a mechanism to compare the realism of proposed objectives, leading to selection of too many engagement areas.

The Bank Group responded appropriately to the MDGs, but the declining performance of its portfolio raises questions about the effectiveness of its support. Performance of MDG-related commitments was on par with Bank averages, with many projects facing significant or high risks to development outcomes because of issues of financial sustainability and institutional weaknesses. IEG analysis shows that it is possible to enhance Bank Group portfolio performance by paying closer attention to specific factors at entry and during supervision. Focus group discussions with staff, however, suggest that incentives for improving work quality--if they exist--are not well-communicated. There seems to be relatively low awareness, even disbelief that high work quality by one individual can contribute to better development outcomes. The need for developing some soft and hard project management skills and competencies among staff is also highlighted.

Management is aware of these issues, but the impact of the recent initiatives remains to be seen. Many of the ongoing reforms are geared toward resolving the underlying problems. For example, in response to acknowledged shortcomings in M&E systems, the Results, Measurement, and Evidence Stream network was created and dedicated resources were made available to strengthen the institutional skills for M&E. Given the low levels of M&E performance, these initiatives are welcome and should be pursued vigorously. Overall, however, the ambitious, prolonged change process within the Bank Group has yet to produce the desired institutional clarity, streamlined processes, and enabling environment that motivate staff to strive for excellence. Past experience with large organizational changes suggests that these problems are common, but must be dealt with decisively as the change process is completed. 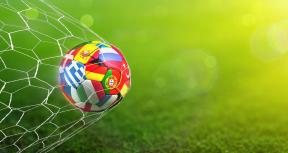 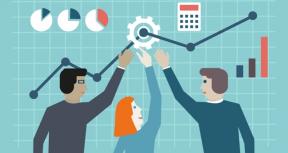 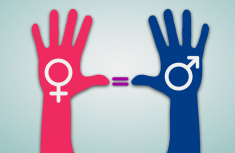 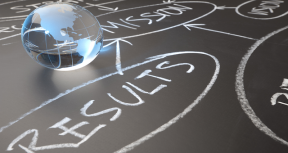 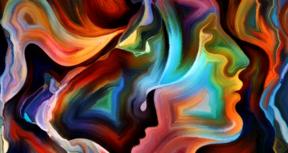 Results and Performance of the World Bank Group (RAP) 2015

Results and Performance of the World Bank Group 2013

Results and Performance of the World Bank Group (RAP) 2012