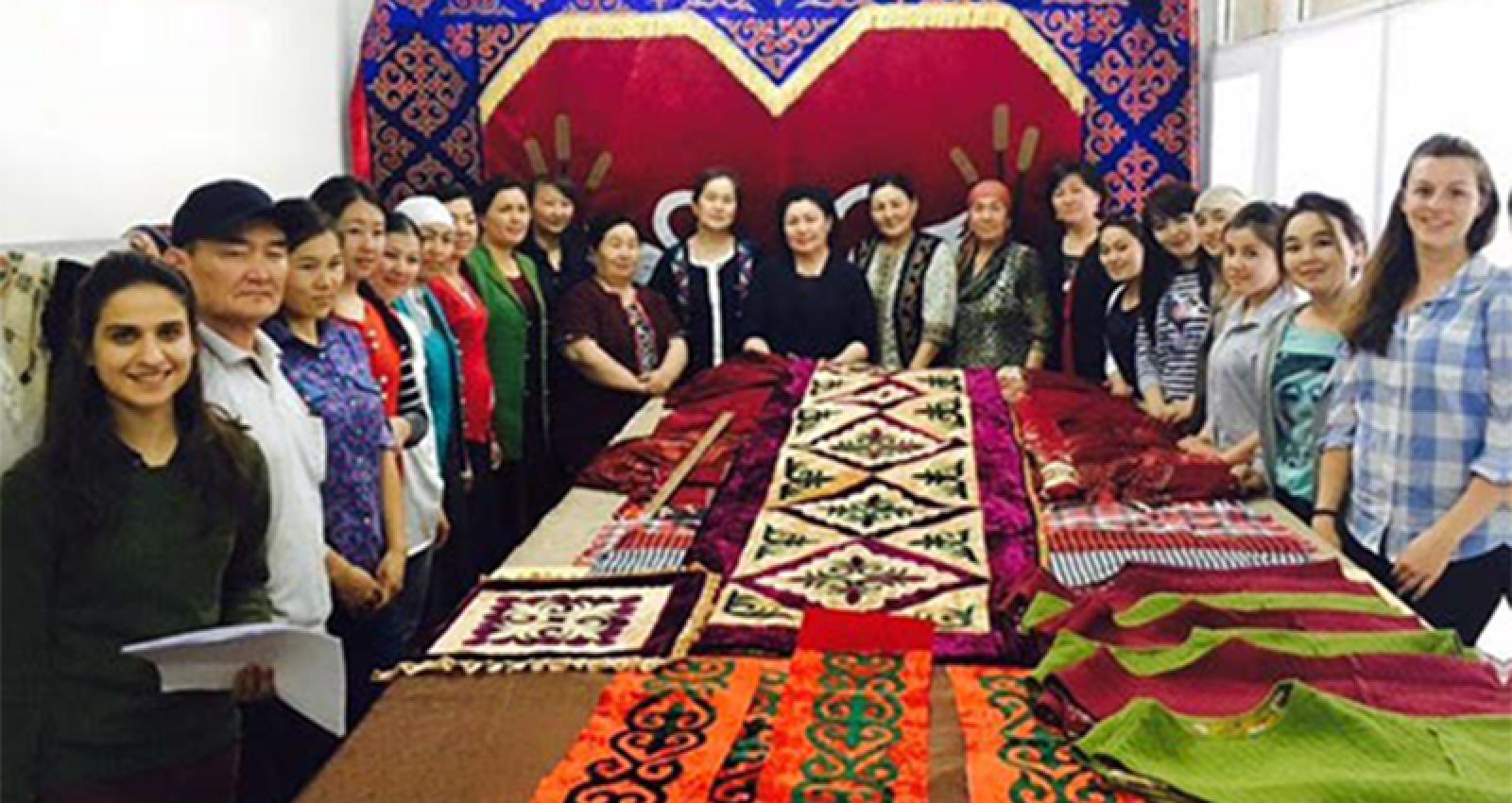 After the Kyrgyz Republic declared independence from the Soviet Union, conditions in rural areas declined due to a vacuum in the supply of rural economic and social services previously provided by collectivist structures. There was a need for provision of water, sanitation, health, transportation, and education services—and corresponding infrastructure—at the local level, as well as rural non-farm employment opportunities.

During this period, government embraced decentralization initiatives and passed a series of important laws and strategies crystallizing the decentralization agenda. Local councils were given increasing authority including control of state property and some financial autonomy.

Objective 1:  Improving governance and capacity at the local level

Objective 2:  Strengthening the provision of, and access to, essential infrastructure services

VIP 1 comprised three components: (i) Capacity Building and Empowerment; (ii) Village Investments; and (iii) Project Management. The project was approved in December 2003 and closed in March 2008. Total costs were $21.85 million, including an IDA grant of $15.1 million.

VIP 2 was a follow-on repeater project with the same design and objectives as VIP 1 and began implementation before completion of VIP 1, scaling up activities leading to nationwide coverage. VIP 2 was approved in August 2006 and closed in October 2014. Total costs were $54.1 million, including two additional financings paid for by KfW Development Bank and the U.K. Department for International Development to bridge a financing gap.

A Third Village Investment Project was approved in March 2015 and provides $12 million in financing. It targets the four northern provinces and incorporates learning from VIP 1 and VIP 2.

Read more about the project objectives and design for VIP 1 and VIP 2.

The efficacy of improving governance and capacity at the local level is rated high for both projects (Objective 1). The extensive social mobilization process and capacity building and training activities conducted by the project supported an inclusive approach and provided skills used by recipients. The Beneficiary Impact Assessment reflects that communities perceive improved relationships and increased responsiveness of local governments as a result of project activities.

Efforts to support private small-scale enterprise development are rated substantial for both projects (Objective 3). VIP 1 and 2 provided limited business development training and grants to support 2,324 small-scale enterprises. However, because the project did not track success or viability of these enterprises there is minimal information on sustainability and impact. The approach used for this component was not comprehensive and did not include market analysis, value chain analysis, or an assessment of capacity and constraints for enterprises.

The outcome is rated satisfactory for both projects. It is evident that the World Bank undertook extensive consultations, and reflected lessons learned from global and regional community-driven development projects and the Japan Social Development Fund pilot project in design. The World Bank team also provided excellent implementation support, which allowed for minimal interruption of project activities during the two internal conflicts (see Background and Context) that occurred during implementation. In addition, the World Bank team took the necessary steps to rectify the structurally deficient infrastructure. Weaknesses in World Bank performance were insufficient attention paid to quality of infrastructure during the initial phases of implementation (VIP 1) and a three-year delay in completing the deficient infrastructure retrofitting activities (VIP 2).

Read more about the implementation and outcomes for VIP 1 and VIP 2.

The main lessons related to strengthening local government capacity include:

1. Multiple tranches of village-level financing in CDD projects can reinforce and strengthen participatory planning over time. This approach can also lower the risk of elite capture. In the Kyrgyz Republic, the four phases of financing in each village allowed for multiple opportunities for local government and communities to use the local development planning skills imparted by the project. It also helped villagers prioritize and minimize elite capture, as multiple project cycles benefited more villagers, not just those who were involved during the first year of the project.

2. CDD programs implemented nationally can enhance political legitimacy, especially in countries with ethnic or regional tensions. Although a move to consolidate project activities can magnify local economic gains, these consolidations carry the risk of perceptions of favoritism of one group over another. VIP 1 and VIP 2 activities covered 100 percent of rural villages, which prevented the perception of favoritism or capture. This model is not replicated in VIP 3, where microprojects and subprojects are allocated on a competitive basis. Fieldwork revealed some perceptions of favoritism along ethnic lines in southern villages, and more outreach may be necessary beyond publicizing selection criteria.

Read more about the World Bank in the Kyrgyz Republic

Photo caption: Sewing Shop owner Osh Oblast Kara-Suu Rayon Teleiken Okmotu, Ozgur Village: shop was now located in a mall and not in the village. A teacher before the project, the owner picked up sewing as her business because it was her hobby and there was a high demand for a sewing shop. Her women’s group got 40,000 from ARIS and 14,700 from her husband for the start-up. She and her group were able to repay ARIS within the first three years. She pays 10,000 Som/month in rent and has up to 23 employees mostly young women from the village and pays each one of them 12, 000 som/ month.