This brief captures the lessons from evaluating a World Bank project implemented in the Philippines—the Social Welfare and Development Reform Project (SWDRP). 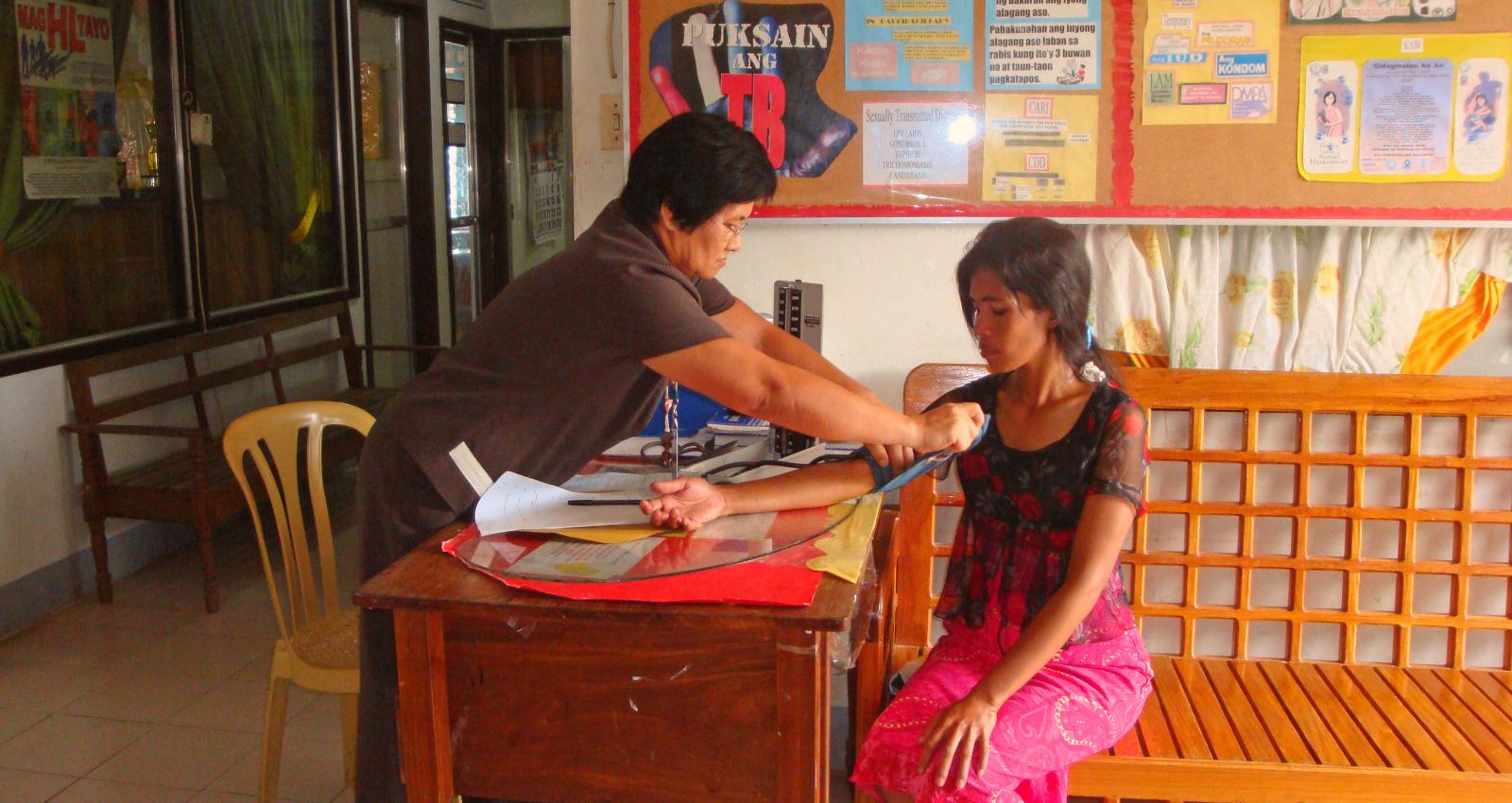 This brief captures the lessons from evaluating a World Bank project implemented in the Philippines—the Social Welfare and Development Reform Project (SWDRP). The evaluation focused on the first SWDRP, which was approved by the World Bank’s Board of Executive Directors on November 2009 and closed on December 2015.

Background: a global financial crisis leaves vulnerability and poverty in its wake

After several years of sustained growth, the Philippines felt the negative impact of the 2008 global financial crisis. Growth was only 3.7 percent in 2008 and decreased further in 2009. As growth was slowing down, the Philippines was also experiencing high rates of poverty, which increased from 30 percent in 2003 to 32.9 percent in 2006 – an indication of a low response of poverty reduction to growth. Vulnerability to shocks was also high: between 2003 and 2009, 44 percent of the population was poor at least once—and of that 44 percent, two out of three households moved in and out of poverty. Progress toward the Millennium Development Goals was slow, particularly in health and education. Between 1990 and 2007 there was barely any improvement in the primary education net enrollment rate, drop-out rates, the percentage of children immunized against measles, prevalence of stunting, and maternal mortality rates.

The socioeconomic and political conditions were ripe for introducing a large, nationwide social protection program. Apart from the Kapit-Bisig Laban sa Kahirapan– Comprehensive and Integrated Delivery of Social Services, introduced in 2003 to alleviate rural poverty, there were no sizable social programs and the very few existing ones (such as the rice subsidy) were very poorly targeted. Recognizing the fragmentation of social programs and the inefficient targeting system, the Arroyo administration decided to pilot a conditional cash transfer (CCT). The CCT was to fit squarely in the political manifesto “Social Contract with the Filipinos,” whose goals of ensuring inclusive growth and equitable access to quality basic social services, especially for the poor and vulnerable, provided the perfect framework for the Social Welfare and Development Reform Project (SWDRP).

Read more about the background and context of the SWDRP.

The Social Welfare and Development Reform Project had two objectives:

More about the project design, components, and objectives.

The relevance of objectives is rated high. The program was and remained fundamentally relevant to the country conditions, the strategic objectives of the country, and the World Bank Group’s country strategies. The CCT program and, more generally, the expansion of social protection programs under the leadership of the DSWD, were recognized by subsequent Philippines Development Plans as critical to mitigating the negative impacts of the 2008 global financial crisis and helping the country reduce vulnerabilities. The centrality of Pantawid as an antipoverty program was reiterated in the FY10–12 Country Assistance Strategy and the FY15–18 Country Partnership Framework.

The relevance of design is rated high. The project design reflects a well-articulated logic linking project activities to output and outcomes and was consistent with the development objectives. The project components were designed to complement each other in attaining the project development outcomes and combined the creation of a household targeting system and a CCT program that were conceived as the main pillars of a coherent national social protection program. The project was firmly rooted in technical advisory activities conducted over the period 2006–10 that allowed a better definition of critical design elements and it also benefited from the World Bank’s global expertise in CCTs. The project development objective indicators opportunely focused on the targeting accuracy and on assessing progress in school enrollment and attendance and in the use of health services. Though poverty reduction was important as a rationale, it was not included as an objective—which was a fair decision considering the difficulties in assigning attribution.

The achievement of objective 1– strengthening the capacity of the DSWD to implement the CCT—is rated high. The project was able to help the DSWD to rapidly scale up the CCT into the third largest in the world and operate a complex set of interdependent systems (management information systems (MIS), compliance verification, a grievance redress system, payment, quality control) to regularly reach out to the right beneficiaries. Pantawid succeeded in increasing school attendance and visits to health clinics, beyond the original and revised targets. The impact evaluations documented positive impacts on children receiving Vitamin A and iron supplementation, as well as antenatal care, and having postnatal checkups by skilled professionals. Quite encouragingly, no negative impacts were found on alcohol, cigarettes and gambling expenses, and adult employment, and no positive impact on fertility. Disappointingly, no statistically significant impact was found on household income and poverty reduction (this was not a formal project development objective).

The achievement of objective 2—to help the DSWD as a social protection agency to expand an efficient and functional poverty registry—is rated high. The DSWD developed a poverty registry (Listahanan), which at project closing was used by 25 nationwide social protection programs, including Pantawid. At the end of the project, all 5.2 million households identified as poor by Listahanan were receiving benefits from at least one social program (4.4 million from Pantawid). The updated Listahanan, which was funded by the project around the time of its closing, was regrettably not used to update the list of Pantawid beneficiaries, however. Overall, the SWDRP played a critical role in strengthening the DSWD’s capacity to assume a leadership role in social protection.

Efficiency is rated high. Listahanan was found to have a better targeting performance than previous targeting systems and has also relatively low inclusion and exclusion errors in comparison with other CCT programs. The use of the updated Listahanan (a third round is scheduled for this year) to improve targeting is critical to increase efficiency further.

Risk to development outcome is rated substantial. Although Pantawid was legally recognized this year, which provided much needed institutionalization, the program has been going through a stagnation phase and risks of not evolving rapidly enough to meet the Philippines' socioeconomic challenges. The updated Listahanan has not been used to revise the list of beneficiaries. The cash transfer conditions have not been revisited either, after the extension of the education grant to children 14 to 18 years old. The benefit amount has never been adjusted in more than 10 years and has lost value in real terms, raising questions about its adequacy in fighting poverty. The program did contribute to changing behaviors, but the poor achievements in maternal mortality, stunting, and learning outcomes call for an assessment of how Pantawid may be modified to address these problems.

Bank performance is rated satisfactory. The World Bank complemented the project with several technical assistance activities to establish the foundations of the project before it launched and to work on critical issues such as anticorruption. Technical assistance continued during the life of the project to help the government develop its Social Protection Framework. The World Bank regularly conducted supervision missions in strict coordination with other development partners (such as the Asian Development Bank and Australia Aid), including field missions in different parts of the country, which allowed gathering firsthand information on project implementation and performance.

Borrower performance is rated satisfactory. The government was highly committed to the project, engaged in a deep and productive collaboration with the World Bank, and placed high stakes in the results. While waiting for SWDRP to become effective, the government funded the piloting of Pantawid and the setup of Listahanan with its own budget and continued to invest an increasing amount of resources in rapidly scaling up the CCT. The DSWD successfully designed and implemented the CCT program, institutionalized partnerships with other government agencies (especially the Department of Health and the Department of Education) and the local government units, and established the MIS and other program systems. During the life of the project, the DSWD grew from a small department to the leading agency in social protection, with enough capacity to manage a massive poverty registry, the third largest CCT program in the world, and several other social programs.

Read more about the implementation and performance of the SWDRP.

Below are some of the main lessons related to implementing a large, nationwide social protection program:

Read more about the World Bank in the Philippines