Nearly two billion people live in countries where development outcomes are affected by fragility and conflict - and women are disproportionately affected. 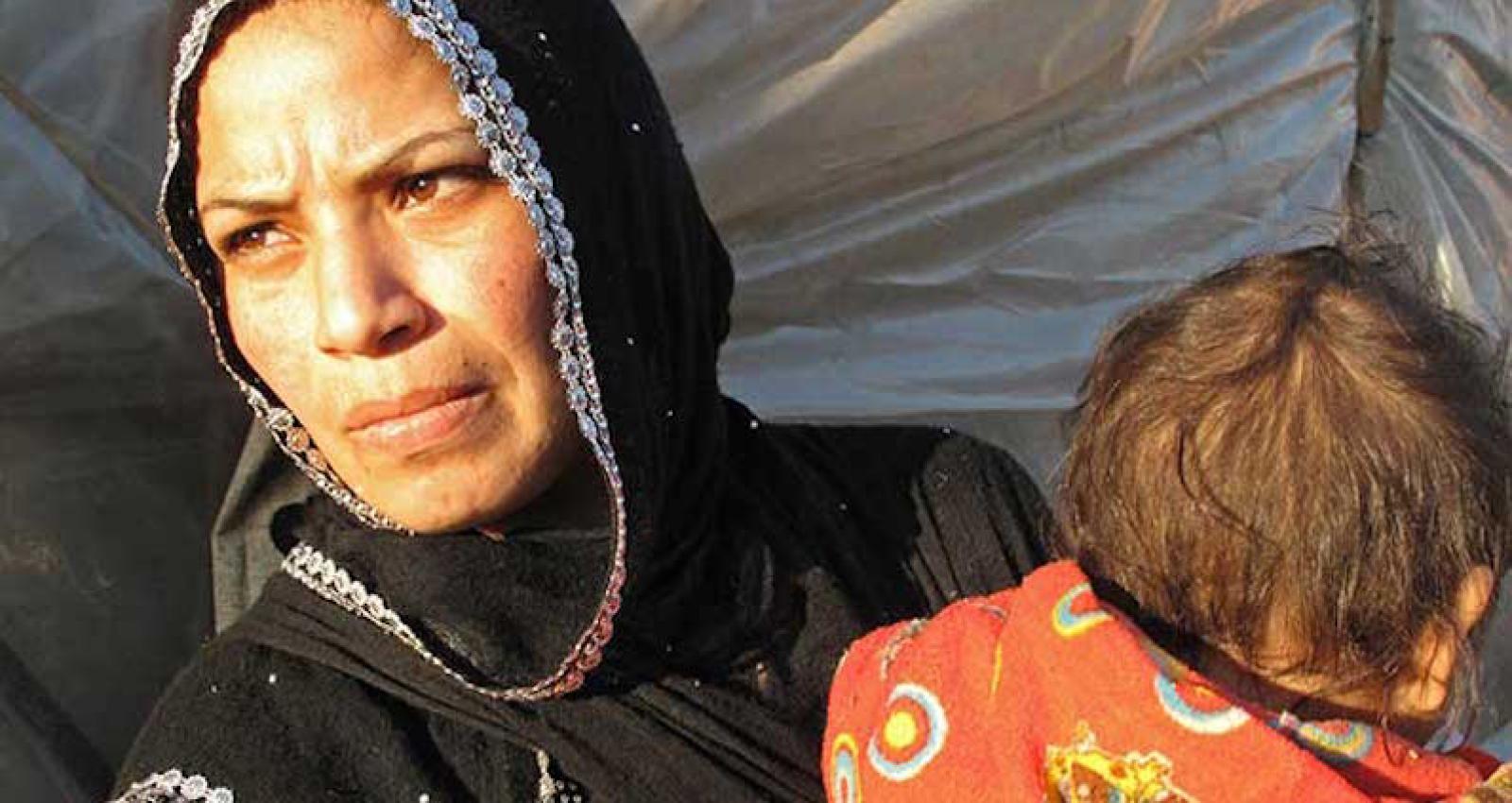 Conflict and fragility pose a huge challenge to eliminating global poverty and achieving the new sustainable development goals. Countries impacted by conflict generally have higher poverty rates, lower growth rates, and weaker human development indicators than other low-income countries. And the grim reality is that women tend to be disproportionately affected by conflict and its aftermath, according to an IEG evaluation that looked at the World Bank Group Assistance to Low-Income Fragile and Conflict-Affected States.

In many conflicts, women are actively targeted as a tactic of war. Many more women and families are left destitute. Once war ends, restoring society and its socioeconomic health depends on addressing women's hardships and giving them the means to support themselves and their families.

IEG's evaluation found that, in low-income fragile and conflict-affected states,  the World Bank has been relatively effective in mainstreaming gender within the health and education and community-driven development portfolios, but has paid insufficient attention to conflict-related violence against women and economic empowerment of women in low-income fragile and conflict-affected states.

IEG offers a number of key insights to assist development practitioners and policy makers working in conflict-affected and fragile situations.

The evaluation recommends that more attention is needed to address the effects of conflict-related violence against women and economic empowerment projects for them during reconstruction. Moreover, gender-based discrimination and violence can determine whether a country assistance strategy should include projects targeted toward women or rely on gender mainstreaming to address relevant issues. For example, the poor legal and social status for women in some countries exacerbates their vulnerability when a conflict occurs.

A good starting point, according to IEG, is to conduct country-specific gender analysis in order to assess inequities imposed by social customs and legal systems as well as challenges made worse by conflict and instability. The findings can guide country strategy and programming. Development practitioners can incorporate them into strategies that recognize disparities and include operational commitments for targeted projects. While potential remedies can be mainstreamed into the country strategy, sometimes targeted aid projects may be necessary.  A gender-sensitive framework to design and monitor projects can lead the way.

Secondly, when implementing and assessing development assistance, practitioners and policy makers should factor in the economic and social empowerment of women. Targeted post-conflict programs can address multidimensional issues related to coping with loss of income, poverty, and post-traumatic psychosocial stress as well providing much-needed social support networks. The benefits from access to finance, for example, include more independence and self-confidence, greater voice in decision making, improved economic conditions, and the opportunity for a home-based job. Interventions that seek to improve women's legal and social status take time to bear fruit. In post-conflict or fragile contexts, it may be impossible to track them over the short term. Yet, it is a task that is crucial in the FCS context. Key to enabling effective assessments is the ability to collect gender-disaggregated data.

Including women as part of disarmament, demobilization, and reintegration (DDR) and reparations programs is another important consideration. This leads to more effective program design and implementation, and can facilitate a smoother social and economic transition in a postwar society along with the restoration of government services. Very few DDR programs are gender sensitive - their focus is primarily on ex- combatants. The danger is that blanket post-conflict interventions compensate the perpetrators rather than the victims of war.

Lastly, external assistance for gender issues can raise the visibility and help set a clear agenda for government. Most FCS countries have a ministry of gender or women's development that is often sidelined by other ministries and has a small budget that limits its ability to address the post-conflict needs of victims and survivors.  Addressing post-conflict needs is not just a task of the Ministry of Gender and, therefore, a key pillar of the dialogue and engagement with countries should be to assist in state-building efforts that can mainstream gender concerns in national and sector strategies and budgets.

To learn more about IEG's evaluation of the World Bank Group Assistance to Low-Income Fragile and Conflict-Affected States:

Read key insights from the evaluation

Extremely important findings and insights. In Myanmar's new democratic government, a small percentage of women were elected to Parliament for the first time. It's a positive first step towards constitutional changes and empowerment for women to access their rights. Given the high level of conflict in ethnic states over the past 50+ years, women have suffered considerably and need for their voices to be heard. Although Myanmar is starting to take actions on their own, they need global support to accelerate this work and focus it appropriately.
'The danger is that blanket post-conflict interventions compensate the perpetrators rather than the victims of war' Substantial change but will the call be heeded and does it go far enough? Good to hear more examples of how women can help successfully shape post conflict interventions. Wary of further victimisation or pacification - women are hugely strong and need to be central to processes of change.