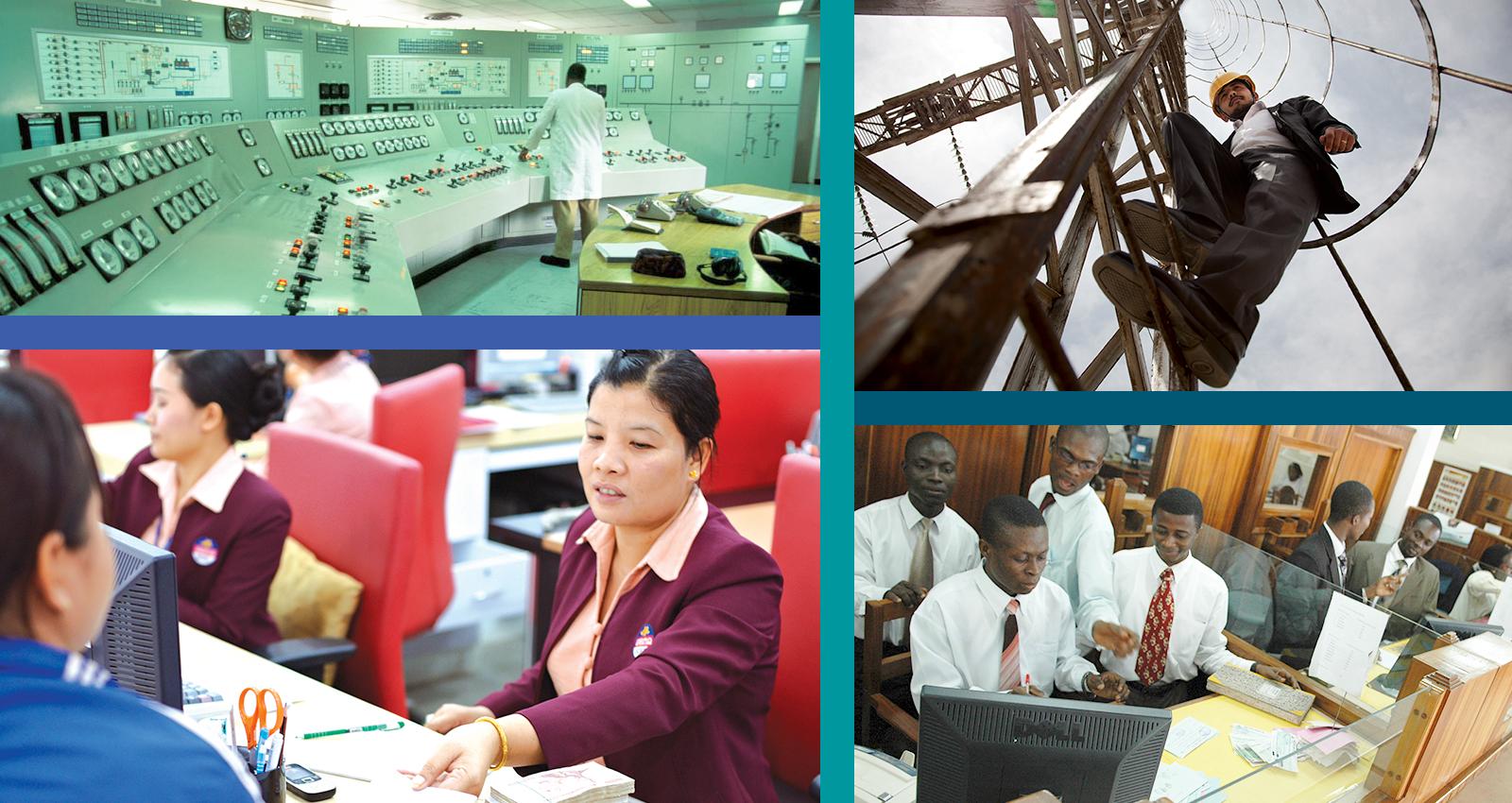 State-Owned Enterprises SOEs are critical to many developing and emerging economies where the lives of millions of citizens are deeply affected by how these enterprises are run. Governments use SOEs to provide services across multiple sectors and to address the impacts of economic downturns or crises, such as the current COVID-19 crisis.

Although many SOEs are run well and have made important economic contributions, many others suffer from low productivity and efficiency, which have a detrimental impact on growth and consumer access to services. SOEs’ mixed institutional mandates and their political importance often pose performance and governance challenges. Poor performance can also generate substantial public fiscal losses. Aware of the importance of SOE reform to achieving economic development and service delivery goals, the World Bank Group (WBG) has long supported developing countries to address the associated challenges.

IEG recently published the evaluation State Your Business! An Evaluation of World Bank Group Support to the Reform of State-Owned Enterprises, its first systematic assessment of the Bank Group’s support for the reform of SOEs, focusing on the energy and financial sectors, where Bank Group investments in the last decade have surpassed USD 70 billion.

The political importance of SOEs can impose substantial challenges to introducing and sustaining reforms. Such political economy risk factors help to explain why countries such as Bangladesh, Egypt, and Indonesia have signaled their intent to privatize state-owned banks but later halted efforts because of internal political constraints. The allocation and pricing of power and finance can evoke intense public reaction and mobilize vested interests.  Further, temporary crisis response programs can turn into irreversible “policy traps”, locking SOEs in to underfunded mandates even if it damages their long-term viability.

IEG’s evaluation sheds light on key factors driving successful SOE reforms and points to risks and obstacles that limit reforms with potentially dire consequences for SOE performance and delivery of services to the public. These factors include:

Research on the subject shows that enhanced competition improves SOE performance in both the financial and power sectors, both by itself and in combination with other reforms. First, there is strong evidence that SOEs perform better in the power sector (and in general) when competitive conditions prevail at the sector and enterprise levels. For example, an econometric assessment of power sector data for 36 developing and transition countries over 18 years found that gains in economic performance stemmed mainly from allowing private participation.

Privatization or regulatory reforms were less effective without a competitive market. Private sector participation can take various forms and involve different functions of the power market (generation, transmission, distribution, and retail). A key aim of Bank Group support has been to strengthen competition and regulation in SOE markets, in part to foster a level playing field between SOEs and private companies

One example of WBG support to achieve a more competitive power market is in Vietnam, where Electricity of Vietnam (EVN) and other SOEs dominated power generation. EVN also fully owned the entity that operates and maintains the national transmission grid.

In 2012, EVN unbundled its generation subsidiaries into three separate generation companies, at the same time as the launch of Vietnam’s competitive generation market, in which independent power producers and generation companies compete in a power pool to sell to individual buyers. As of 2016, 24 percent of installed capacity in Vietnamese power generation was privately held.

The Bank Group's private sector arm, the International Finance Corporation (IFC) has committed to promoting “competitive neutrality” in the SOEs that it invests in.

Given the greater success of reforms with better competitive conditions, the IEG report recommends that the World Bank Group should gear up to do more competition analysis at the sector and project level, as part of a selectivity framework for engaging in SOE reform.

The oversight and accountability challenges of SOEs noted above can make them hard to manage and frequently exposes them to corruption. Corruption powerfully undermines SOE performance. In Ukraine, for example, widespread corruption impeded the progress of SOE reforms. By June 2018, more than 194 of the 793 criminal proceedings handled by Ukraine’s National Anticorruption Bureau dealt with about 50 SOEs and their officials, according to an OECD report. In Kenya, petty corruption among field staff responsible for installing and reading electricity meters reportedly hindered efforts to stem power system losses.

IEG thus recommends that the Bank Group apply a selectivity framework for its engagements on SOE reform that considers country governance conditions. Where corruption control in the country is weak, IEG recommends that World Bank Group either sequence SOE reforms (first addressing public governance) or actively mitigate corruption risks through close attention to the strength of client commitment, supervision, simplicity of project design, and appropriate sequencing.

In its review of the Bank Group's experience, IEG found positive experiences from collaboration across its institutions, a key to mobilizing private financing and capabilities. Yet, IEG found these examples somewhat infrequent. The IEG report recommends scaling up the collaborative approach known as “Maximizing Finance for Development” (MFD) to enhance internal coordination among WBG units and help mobilize private financing and capacity including through ownership reforms such as privatization and public-private partnerships.

However, the recommendation to prioritize private solutions for SOE reforms through an MFD “cascade” approach is not a call for privatization alone. Rather, the World Bank Group should consider a full range of options, including improving regulation and competition, strengthening SOEs’ corporate governance, or supporting ownership reform. The end goal may range from better preparing SOEs to tap private capital markets, to creating a level playing field for competition between private companies and SOEs, to public-private partnerships or outright privatization.

IEG found that sequential and complementary interventions, often involving more than one Bank Group institution, aid successful reform. This includes good prior analytic work. For example, over many years, WBG strategies and programs in Bangladesh’s power sector were aligned with successive government five-year plans. Since at least 2004, the Bank Group engaged in unbundling and building technical capacity through financing and technical assistance. This covered regulation, generation, transmission, and distribution.

The World Bank also supported the successful Power Cell, which channeled technical, planning, and coordination support to government while facilitating the role of private power producers. The regulator, Bangladesh Energy Regulatory Commission, benefited from WBG support since its creation. The World Bank, IFC, and MIGA (the WBG’s agency for insuring against political risk) were all involved in a “cascade” approach in supporting independent power providers. Over time, sector performance improved in reduced losses, reduced arrears, and an elimination of the energy gap, with the Bank Group as a trusted partner bringing expertise in the field, access to global expertise, long-standing relationships with key government agencies, coordination of donors, and a consistent policy view.

Through selectivity, coordination and sequencing, the Bank Group can help client countries better serve their citizens through SOE reform. This is especially pressing now as governments cope with the effects of the pandemic and launch economic recovery efforts.

Read IEG's Evaluation: State Your Business! An Evaluation of World Bank Group Support to the Reform of State-Owned Enterprises

Trying to make everything …