An IEG study looks at what interventions work best to reduce&nbsp;the number of deaths among mothers, newborns and children under 5 years of age. 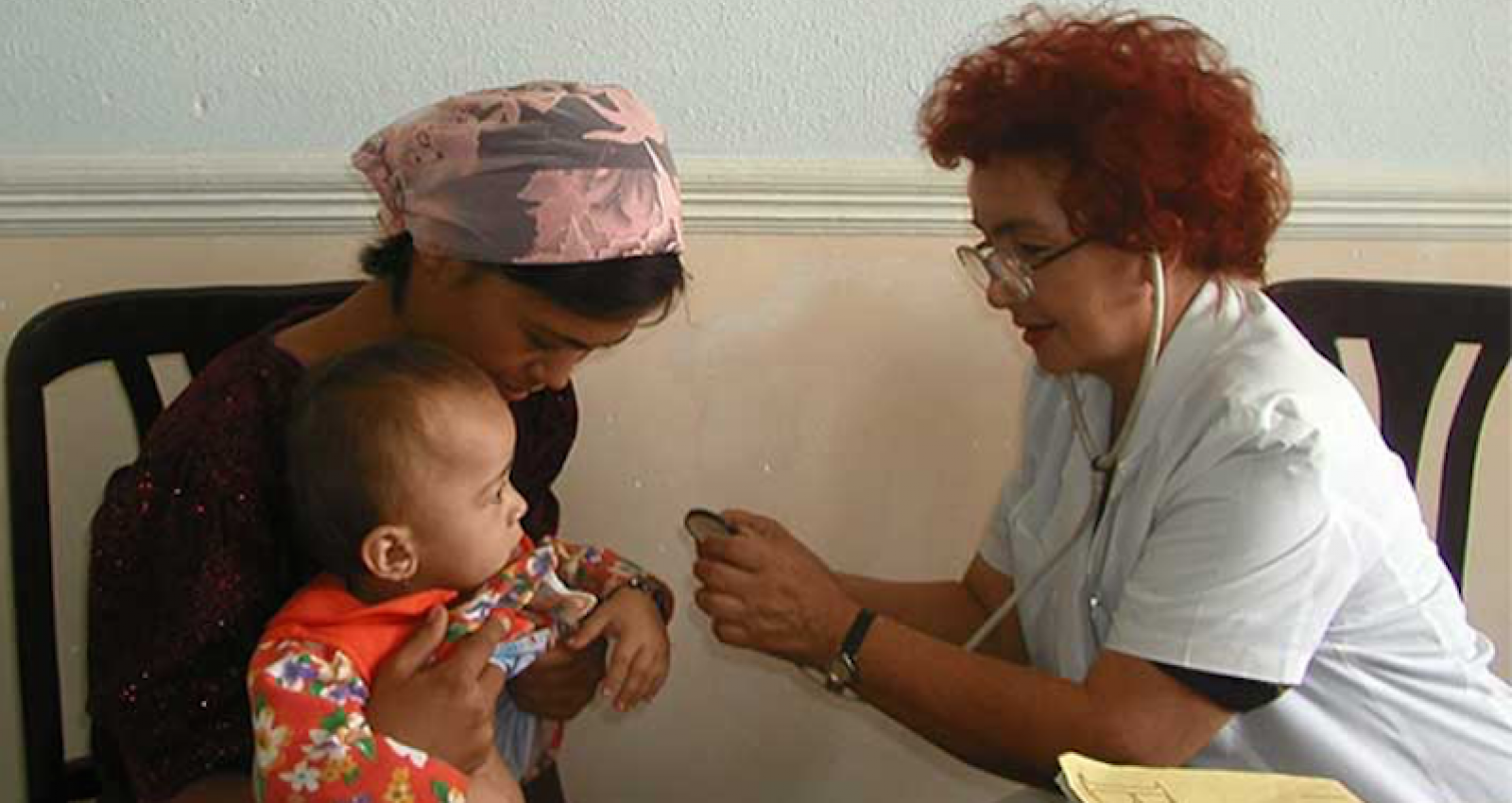 Across the globe, many governments and development actors have implemented measures to reduce the number of deaths among mothers and young children.

Exactly fifteen years before the SDGs, the member states of the United Nations embarked on a similarly ambitious agenda with the Millennium Development Goals, which were launched in 2000. While much progress was made between 2000 and 2015, only one of the eight millennium development goals was fully met. The progress on maternal and child mortality missed its the goals by the largest margins.

Over the period, maternal and childhood deaths fell by 47 percent - a laudable achievement, but one that fell significantly short of the initial targets, which sought to reduce the under five-mortality rate by two-thirds (target 4A) and the maternal mortality ratio by three quarters (target 5A), between 1990 and 2015.

The SDGs seek to build on the earlier Millennium Development Goals and to complete what these did not achieve.  Notwithstanding the obvious importance of the SDGs, it is useful to reflect on the past to understand what worked and what didn't in order to inform future interventions.

Learning from the Past

A recent evaluation by the Independent Evaluation Group (IEG), a unit within the World Bank Group, provides insights to help practitioners and policymakers better understand the interventions that are most effective in achieving the outcomes of reduced maternal and child mortality. These interventions come from the entire range of interventions from health through formal education to water and sanitation to governance and beyond.

A key finding in the report is that while there are a lot of great ideas on how to reduce maternal and childhood mortality, only a few have proven effective and robust across multiple contexts. Drawing on the available impact evidence, the report provides a menu of interventions that have proven to work in reducing the number of deaths of mothers and children around the developing world.

The real challenge, based on the study's findings, is not that countries don't have ideas on what to do. Rather they struggle with how to do the right things in a cost-effective way.

Evidence from the review churns up several surprising findings. One of them is that despite being the primary indicator for tracking maternal and neonatal mortality rates, there is scant evidence that solely improving skilled birth attendance has robust impacts. Results were much better when this was combined with other reinforcing interventions, such as further training for health workers and the education of mothers. Similarly, although many health interventions had mixed records for effectiveness, interventions from non-health sectors that improved child's living environment, such as water, sanitation, energy, formal education for girls, and female representation in governance, were all consistent in reducing child deaths.

Despite 15 years of effort, surprisingly large gaps in causal evidence remain. For example, there are no impact evaluations on maternal or child mortality from the Middle East and North Africa region and there are relatively few from Sub-Saharan Africa though these regions have some of the highest mortality burdens, leaving their policy makers to make decisions based on local correlational data or causal evidence from other regions. Similarly, there are only three rigorous causal studies on reducing maternal mortality outside of South Asia. Even common interventions generally lack causal support: large global health strategies such as the Integrated Management of Childhood Illness, Safe Motherhood Programs, and Skilled Birth Attendance, as well as key elements of the 3 delay model for saving delivering mothers and newborns (specifically transport and referral systems), have only a handful of causal studies between them.

Still, there is reason for hope: Interventions are more likely to succeed, not less, where mortality rates are high. For the SDGs to succeed where the MDGs did not in saving lives of mothers and children, actors will need to focus resources on interventions with established effectiveness.

To learn more about promising interventions and where still more evaluation needs to be done,

It us strange how it needs an eminent group like IEG to confirm common-sense, not that some experts will listen. When it comes to development, poor people can sort themselves out, if allowed and given the means. In Cambodia, in its quest for all births to have only officially trained attendants, safe birth kits were withdrawn from indigenous traditional birth attendants, even though public service provision was - and remains - lacking and indigenous mothers were still wary of departing from tradition.
Maternal mortality rates reduction to below 70 per 100,000 live births is a monster barrier to developing countries whose GDP cant support the proposed 15% budget allocation. This leads to low health workforce; poor infrastructure which have direct impact to maternal health; over depedance to NGOs and other health partners too leads to lack of government sustainable plans; lack of active community partnership and community based myths to access of care affects that goal;lack of adequate access to safe water and nutrition to children and political instability in some countries is also a barrier to both MDG 4 and 5
I found it very useful!
we need to have specific targets to evaluate cutural relations between women and children before.
Maternal and Child health are essential for good health. Reducing merternal and Child mortality are indispensable needs. Our planners at MoH need to be more objective and clear on targets. The health care systems must be prepared for the task ahead and this can best be demonstrated through adequate resource mobulisation both financial and human resources. The parlimentarians should take keen interest to budgets from MoH and ensure that they are responsive to the ste targets.
Experiences from Tanzania have suggested that achievement of the maternal mortality and neonatal mortality targets will likely rely on the further strengthening of the decentralised district health system rather than simply the introduction of new interventions. The key elements or health system building blocks as set out in the WHO publication "Systems Thinking for Health System Strengthening", namely service delivery, health workforce, health information, medicines/vaccines/technologies, health financing and leadership/governance will all need to be addressed simultaneously in order to provide a robust health system capable of handling the introduction and efficient delivery of any additional interventions even if these have proved to be successful and cost-effective (think of Ebola experiences). Similarly the parallel improvement of the existing array of interventions currently being delivered by the public health system such as IMCI, HIV, TB, FP and vaccinations will progressively add to the "attractiveness" and awareness of any newly introduced MNCH interventions through higher attendance at "point-of delivery health facilities. To some extent therefore one might actually consider achievement of reduced maternal and child mortality as actual key indicators of robust health system achievement.