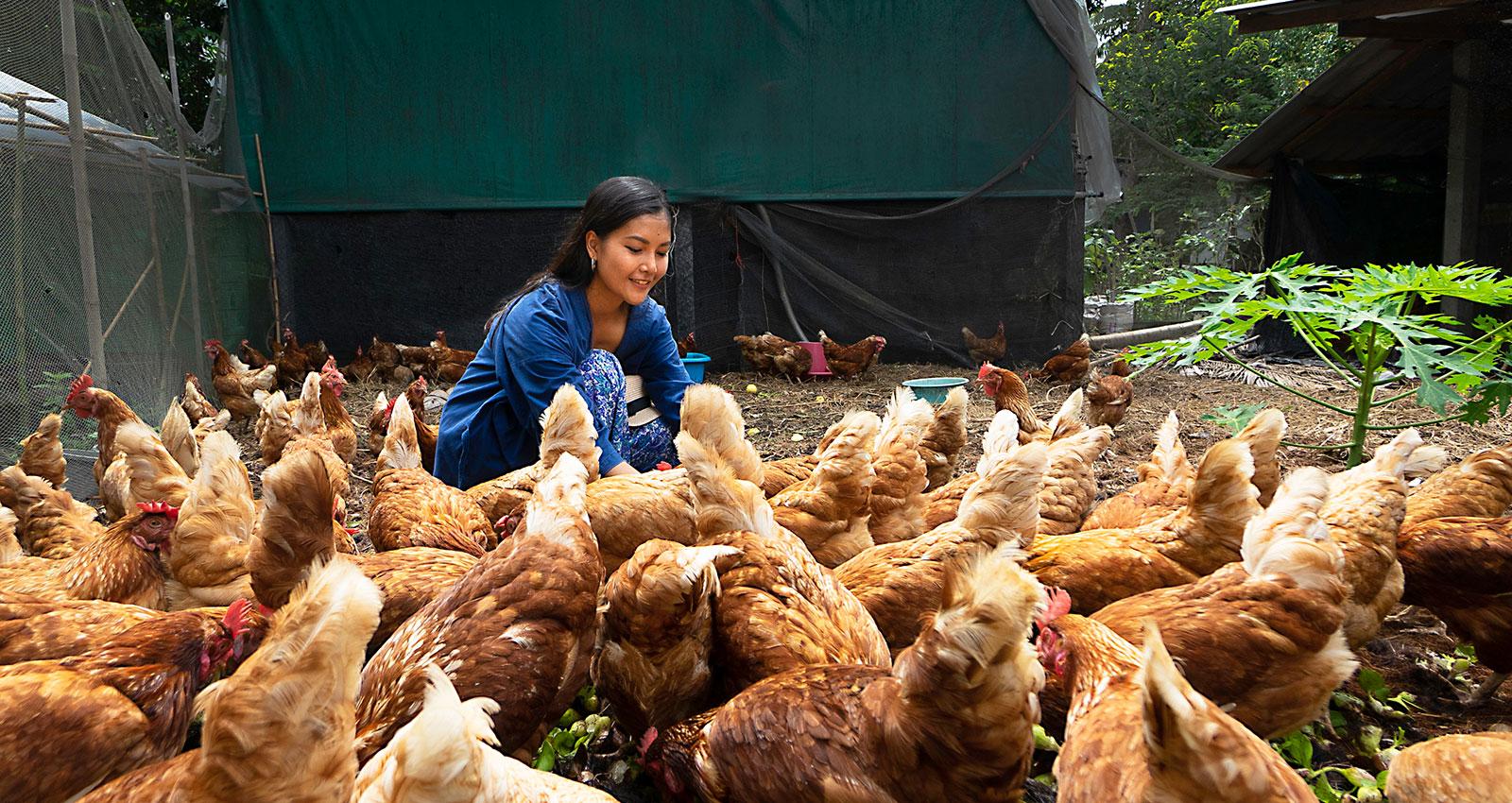 Agrifood systems are key towards achieving the Sustainable Development Goals, including ending hunger and malnutrition, poverty, and addressing climate change. Yet, despite their importance, agrifood systems face multiple challenges, including low productivity, inadequate market access for small farmers and producers particularly in low-income countries (LICs) and vulnerability to climate change.

The World Bank Group aims to address these challenges through holistic interventions that increase the productivity, inclusion, and sustainability of agrifood systems. A recent evaluation by the Independent Evaluation Group (IEG) of the World Bank Group’s support for agrifood system development over ten years (2010-20) found that when market access is constrained, complementary interventions that pair support for enhancing sustainable production on the supply-side with that to improve market access on the demand-side can increase productivity and the overall effectiveness of interventions.

Low productivity remains a  major challenge for small farmers, especially in sub-Saharan Africa. For example, staple crop productivity in sub-Saharan Africa and LICs is about one-third of the level in upper-middle-income countries. Smallholders and small producers, especially in LICs find it challenging to increase productivity because of their limited access to markets, including agri-finance to invest in modern inputs and technologies. Low yields and weak market integration lead to fragmentation of production, low incomes, food insecurity, and pervasive poverty. When markets are underdeveloped and poorly integrated, low productivity also leads to higher food prices which, in turn, leads to a high cost of living for the rural and urban poor. Underdeveloped markets perpetuate subsistence production and undermine the ability of producers to respond to market signals or diversify production into higher value products with growing demand – limiting opportunities for inclusive growth in the rural sector.

Complementary interventions that helped increase productivity included access to finance to buy better inputs, such as fertilizers and feed, invest in small-scale irrigation and farm equipment, or in new technologies, such as improved seeds or crossbred cows.  It also included improved access to services (e.g., extension in the form of knowledge, research, or technology support such as artificial insemination or provision of market information), and support to improve access to and participation in markets and value chains. Investing in sustainable irrigation and productive climate-smart practices helped amplify these benefits to producers and increased productivity through higher yields and multiple harvests during the year. The evidence across countries showed that improving complementarity of supply and demand-side interventions was key to maximizing benefits from Bank Group interventions.

Two examples from the evaluation illustrate the significance of complementary interventions. In the first example, the Ethiopia Agricultural Growth Project (AGP I) supported farmers using a complementary approach. The project helped them access crop and livestock technologies, and climate-smart practices, including small-scale irrigation. It also helped them access markets for their produce. The project supported improved irrigation on over 10,000 hectares of farmland and increased the marketed surplus of crops that benefited more than 58,000 farmers, including over 12,000 women and 6,000 young people. In the second example, the Malawi Irrigation, Rural Livelihoods, and Agricultural Development Project focused on supply- side interventions and had a limited impact on productivity. Smallholder farmers struggled to find sustainable market outlets for their maize and rice produce, leading to greater volatility in producer prices. As a result, while productivity of both maize and rice improved initially, it stagnated or became more volatile over time.

Producer organizations play a key role in improving the access of smallholder farmers to markets and services by connecting them with other input providers and more organized buyers. Producer organizations come in several forms, such as common interest groups and cooperatives in Kenya and Ethiopia, farmer groups in productive alliances in Peru and Bolivia, and dairy and livestock cooperatives in India and Vietnam. IEG also found that most projects that aimed to increase inclusion also supported such producer organizations to help farmers access inputs, technologies, services, and markets. Strengthening the capacity of producer groups for better targeting and inclusion also increased the participation of women and youth.

Making the transition from informal groups into producer cooperatives or enterprises can, however, be more challenging for producers, who are engaged in low-value commodities.  In Kenya, only about one-third of the newly established cooperatives supported by the Agricultural Productivity and Agribusiness Project were active after the project closed, except for the few involved in high value products such as dairy. Similarly, in Ethiopia the newly established cooperatives were more successful when they were able to connect with processors and were able to benefit from value chains.

When farmer groups face multiple challenges to succeed in accessing markets, timely support to help them transition to producer cooperatives and enterprises can be effective.

IEG found that the Ethiopia Agricultural Growth Project helped connect three producer groups – Guguma Buraro, Guguma Buko, and Guguma Wube – in Meliga woreda in Oromia region - with the Assela Malt Factory. This provided the groups an incentive to invest in inputs and increase their productivity. Their supply of malt barely increased by over ten-fold from 62 tons in 2015 to 730 tons in 2017. This allowed the groups to become formal producer cooperatives and expand their access to finance and services. Targeting bottlenecks on both the supply (production) and demand (market) sides of the malt barley value chain, facilitated the transition from informal groups into market-oriented producer cooperatives.

The above lessons can help the World Bank Group better support its clients in addressing the challenges of low yields, weak market access and inadequate integration of smallholder production into markets and value chains which often leads to low productivity. Providing complementary support is vital in transitioning toward more productive, inclusive, and sustainable agrifood systems and can contribute to finding viable solutions to the current global food crisis.

Bekele Shiferaw
Senior Evaluation Specialist
Bekele A. Shiferaw leads thematic and focused evaluations and project assessments at the Independent Evaluation Group. He is currently with the World Bank’s Environment, Natural Resources and Blue Economy Global Practice working on program evaluations and analytics and the economics of sustainability. He has worked in global development with interest in agrifood systems, environment and climate change issues for over 25 years, including in research, program evaluation, policy analysis and engagement.
CONNECT