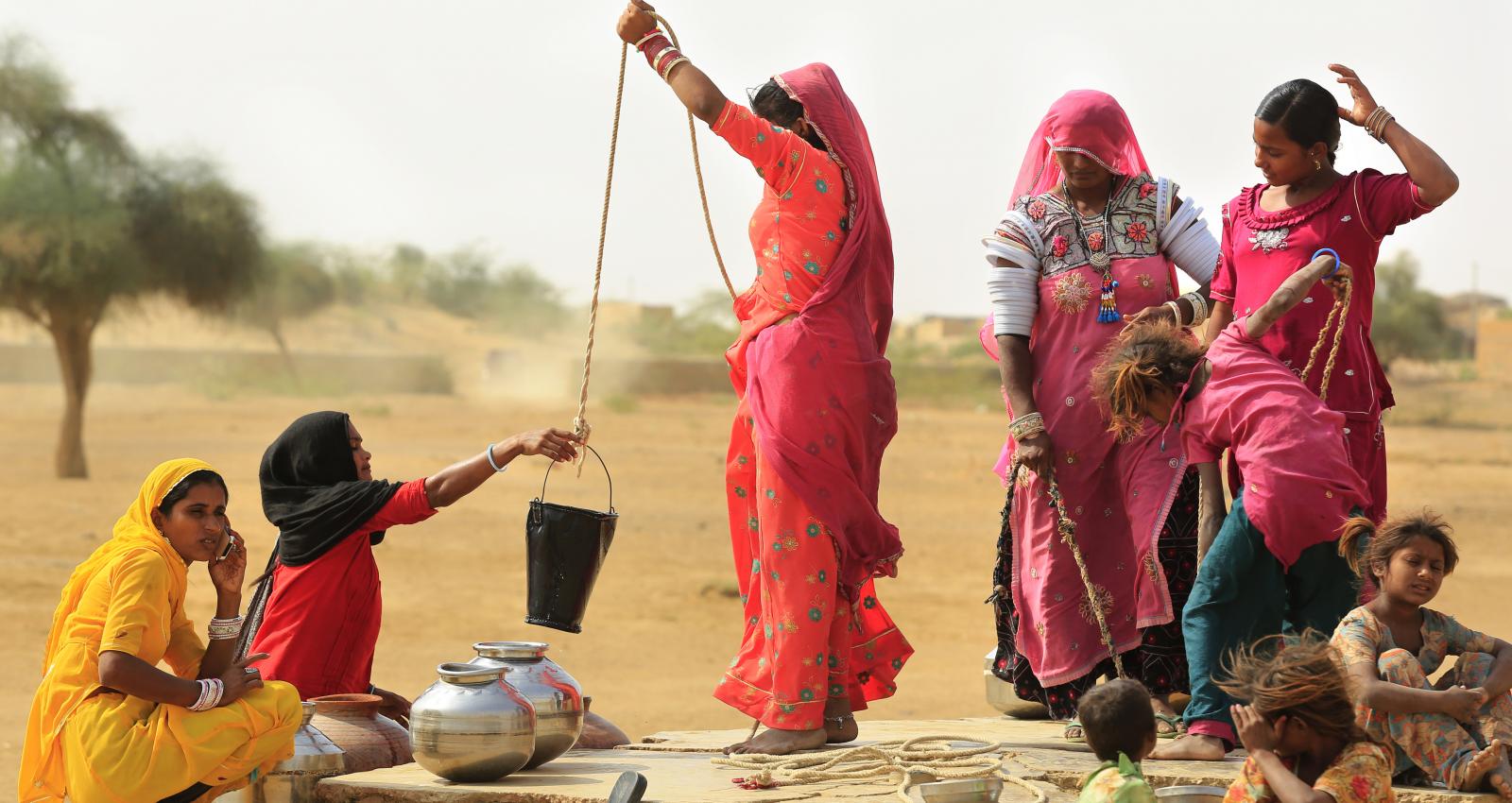 Not only is water scarce in India, but the extraction of groundwater has been on the rise for decades. Since the 1960s, the government’s support for the “green revolution” to ensure food security has increased the demand for groundwater for agriculture. Rapid rural electrification combined with the availability of modern pump technologies has led to an increase in the number of borewells to meet that demand. Over the last 50 years, the number of borewells has grown from 1 million to 20 million, making India the world’s largest user of groundwater.

The Central Groundwater Board of India estimates that about 17% of groundwater blocks are overexploited (meaning the rate at which water is extracted exceeds the rate at which the aquifer is able to recharge) while 5% and 14% , respectively, are at critical and semi-critical stages. The situation is particularly alarming in three major regions – north-western, western, and southern peninsular.

Groundwater pollution and the effects of climate change, including erratic rainfall in the drier areas, put additional stress on groundwater resources which serve about 85% of domestic water supply in rural areas, 45% in urban areas, and over 60% of irrigated agriculture. Current overexploitation rates pose threats to livelihoods, food security, climate-driven migration, sustainable poverty reduction and urban development.

Integrated demand and supply side solutions offer the best option for sustainable use. IEG case studies in Rajasthan, Telangana and Andhra Pradesh showed that the success of supply-side measures, such as watershed management programs, aquifer recharging and tank rehabilitation activities, did not lead to sustainable use in the absence of demand-side action. Measures such as surface water harvesting through farm ponds and check-dams, the installation of water-efficient irrigation systems (e.g. more efficient drips and sprinklers) and growing less water intensive crops, need to be integrated on the demand side for improved management and reduced depletion.

Weak regulatory action to limit demand for groundwater can hinder the success of programs in reversing groundwater depletion. Weak regulations result in the expansion of groundwater irrigated areas and drilling of additional wells. This can more than offset water savings created by demand-side measures, or the water increases created by supply-side measures, leading to further depletion. The government of India regulates groundwater exploitation in water-stressed states through “notification” of highly overexploited blocks that restrict development of new groundwater structures (except those for drinking water). However, only about 14% of the overexploited blocks in the country are currently notified. Local level regulatory action in all threatened blocks before they reach the “overexploited” stage is vital to avert depletion.

However, there are limits to the success of the PGM approach. It did not work when local institutions were weak, supply-side interventions failed to replenish groundwater or when tanks failed to store water due to recurrent droughts, leading to increased overexploitation. The approach is also unlikely to work in areas with extensive alluvial aquifers that require coordination among large numbers of users.

Power subsidies for pumping groundwater accelerate the depletion of aquifers in stressed areas. Several states affected by depletion of groundwater provide free or heavily subsidized power (including solar pumps) for pumping groundwater for irrigated agriculture. This creates perverse incentives that enable overexploitation and depletion of scarce groundwater resources. In the long-run, sustainable groundwater management will depend on cross-sectoral reforms to address the water-energy-agriculture nexus and providing the right incentives to resource users. This requires better coordination of policy, market and regulatory measures as well as repurposing current distortive public support to more climate-smart solutions. Strengthening World Bank analytical support and investments in these directions would be useful for future.

Groundwater extraction has allowed rural families to reduce short-term vulnerability but may incur trade-offs and increase the risk of depletion and ultimately increase vulnerability in the long term. Increased access to groundwater resources and extraction allows households to boost agricultural production in the short term. Many farm households owning wells indicated that their vulnerability is lower partly because of income growth and diversification and buffers provided by social safety nets. However, without sufficient regulation or replenishment of aquifers, the increased access to and use of groundwater for irrigation could lead to declining water tables and increasing water scarcity, which risks escalating long-term vulnerability.

pictured above: Women draw water from a well in the drylands of Jaisalmer, Rajasthan, India. By Yavuz Sariyildiz via Shutterstock (November 9, 2014).

Bekele Shiferaw
Senior Evaluation Specialist
Bekele A. Shiferaw leads thematic and focused evaluations and project assessments at the Independent Evaluation Group. He is currently with the World Bank’s Environment, Natural Resources and Blue Economy Global Practice working on program evaluations and analytics and the economics of sustainability. He has worked in global development with interest in agrifood systems, environment and climate change issues for over 25 years, including in research, program evaluation, policy analysis and engagement.
CONNECT