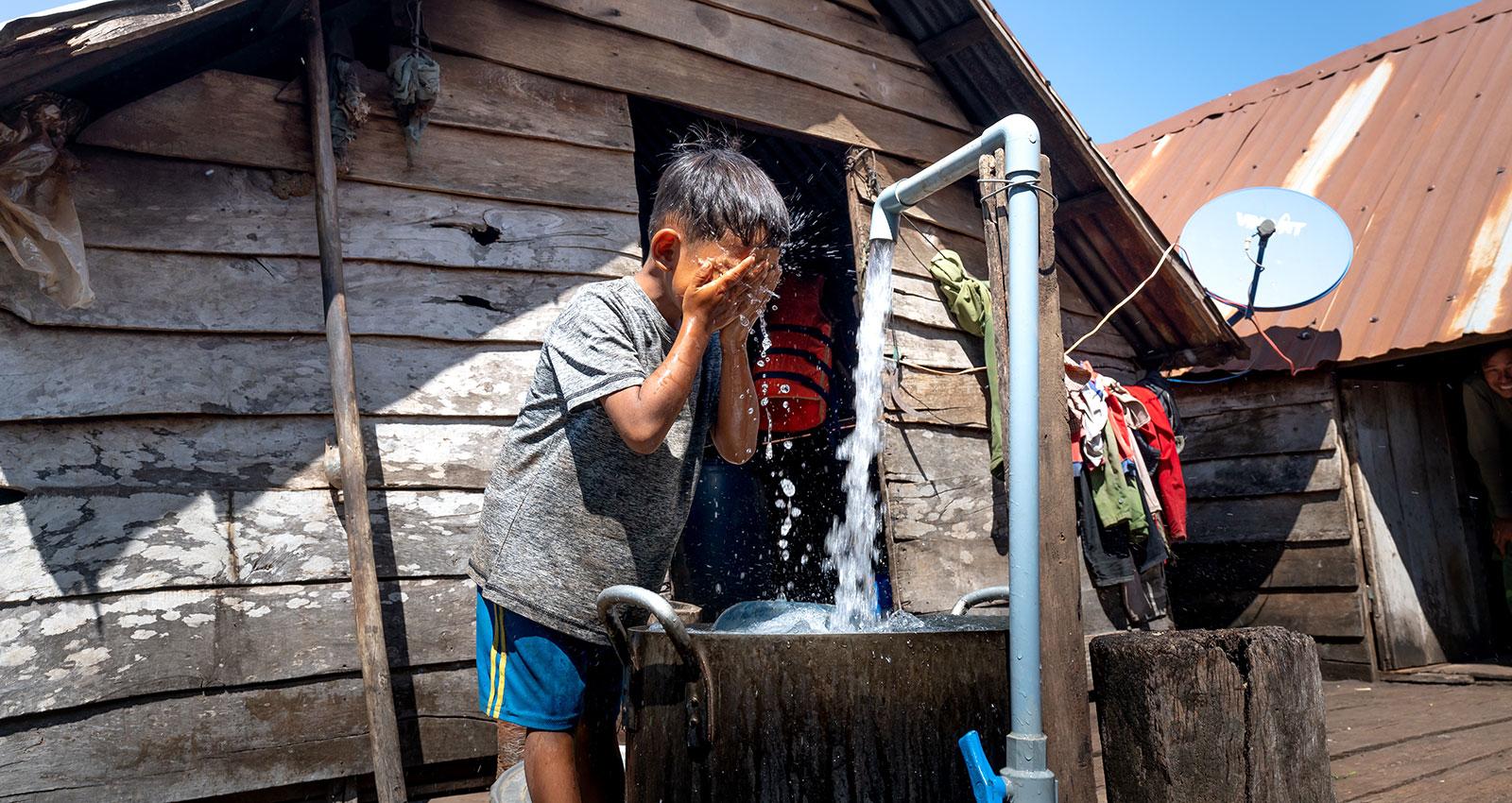 The share of the world’s rural population with access to safely managed drinking water services reached 60% by 2020, but still lags behind a comparative rate of 85% among urban populations, according to the World Health Organization and the United Nations International Children’s Emergency Fund’s Joint Monitoring Programme. Bridging this gap by increasing rural access to improved and sustainable water supply and sanitation services is critical to developing human capital to unleash the growth potential of rural areas.

The World Bank’s synthesis report on the policy, institutions, and regulation (PIR) approach in the water and sanitation sector noted that financial incentives can be enhanced through performance-based financing (PBF) mechanisms and instruments, such as the World Bank’s Program for Results (PforR). Incentives can be enhanced through the use of performance-based contracts with the private sector, which involves payment to contractors being directly linked to the delivery of timely and quality results. This model was recently used in Vietnam, as part of the first operation for the country and the World Bank’s Water Global Practice to adopt the PforR financial instrument to improve rural access to water and sanitation services. An evaluation of the results and performance of the operation by the Independent Evaluation Group (IEG) identifies a number of lessons to guide the future use of performance-based financing in both the water and sanitation, and other sectors.

Vietnam has had an impressive record of inclusive economic growth since 1980s, but poverty has remained concentrated in rural areas and among ethnic minorities. Although rural access to water and sanitation improved along with economic growth, challenges remained regarding the sustainability of the initiatives that provide water services and hygiene. To address those sectoral challenges, in 2011 the government of Vietnam updated the National Target Programs (NTPs) for Rural Water Supply and Sanitation to strengthen community participation, demand-responsive approaches, and cost recovery. The World Bank has been supporting Vietnam’s rural water supply and sanitation (RWSS) sector for more than 20 years and launched the Results-Based Rural Water Supply and Sanitation under the National Target Program (RWSS PforR), introducing a results-based approach in fund allocations and disbursements.

What Worked, and Why

The PforR was a good instrument for addressing the dominance of and collusion among state-owned enterprises in contract procurement and management. The RWSS PforR promoted competitive bidding to enhance transparency and accountability in public agencies’ procurement processes. The results-based financing approach addressed the frequent delays in water scheme constructions. The PforR promoted results-based financing and independent results verification, which led to: (i) transferring risk associated with construction delays to service providers and contractors to motivate them to deliver results quickly and cost-effectively; (ii) incentivizing implementing agencies to select target areas based on criteria including the households’ willingness to pay for water connections; and (iii) making the contractors accountable for ensuring quality, transparency, and accountability throughout the construction process.

The PforR also contributed to diversifying financing for rural water service delivery by promoting private sector–led service delivery models. Before the RWSS PforR, the rural water systems were seen as scattered and difficult to manage with a low potential for profit, and consequently private investment in most of the eight participating provinces was also low. The World Bank used the PforR to try to encourage the provincial governments to acknowledge that financing from, and relationships with, the private sector were fundamental to provincial investments. The involvement of private enterprises contributed to increased revenues and higher staff productivity, which led to improved cost recovery ratios for water supply schemes The privately managed schemes in rural areas of Vietnam had higher profits that averaged 35% of overall revenues, compared with 20% or less for other types of service providers. This was in line with the overall trend of an increase in private sector investments in the RWSS sector. Public-private partnerships in water and sanitation increased from $88.9 million in 2016 to $159.14 million in 2019. Moreover, privately managed water schemes had higher staff productivity. On average, one worker in a private enterprise distributed 3,850 cubic meters of water supply monthly, compared with 970 cubic meters for staff in community- or public-led service provision.

What Didn’t Work, and Why

In results-based operations, the drive to achieve the disbursement-linked indicator (DLI) targets could result in prioritizing communities that are relatively more advanced and already have lower poverty rates at program start-up. Provincial governments prioritized communes already on the way to meeting targets, rather than those with the greatest need. To ensure receipt of fund disbursements, the operations may focus on producing tangible results as early as possible, thus incentivizing the assignment of a lower priority to more complex activities. However, the latter, more complex activities may be critical to the broader development of borrower systems and capacities and to longer-term goals of inclusion of minorities and poverty reduction. Evidence suggests that the communes with the 50 lowest poverty rates were more likely to be selected rather than the communes with the 50 highest poverty rates. The same trend is evident in the prioritization and grouping of selected communes for implementation sequencing.

There was also a misalignment of the disbursement schedules between the government system and the RWSS PforR which caused frictions in financial management. The contractor of the water supply schemes bore the cash deficiencies in the annual budgets of the PforR in the participating provinces, per the contract provision. The daily recording of the expenditures related to the PforR posed another challenge. During IEG’s interviews, respondents pointed out that the PforR could have benefited from stronger political buy-in of the central ministries with responsibilities for budget planning and allocation; that is, the Ministry of Finance and the Ministry of Planning and Investment.

These lessons emerging from IEG’s evaluation can help guide World Bank support to institutions as they implement reforms and unlock the full potential of the private sector. Stay tuned for an overall assessment of the new financing instrument which will be presented through an overarching report that consolidates the findings of a cluster of Project Performance Assessment Reports on the Program-for-Results.

The full Project Assessment Report on the Results-Based Rural Water Supply and Sanitation Project in Vietnam can be found here.