Women in conflict-ridden countries are disproportionately affected. They are actively targeted as a tactic of war to humiliate, terrorize, punish, or displace them. And, as more men die, more women and families are left destitute.

Once war ends, restoring society and its socioeconomic health depends on addressing women's hardships and giving them the means to support themselves and their families.

How These Insights Can Help You
This brief on how the World Bank Group can better meet the needs of women in fragile and conflict-affected states is based on a report by the Independent Evaluation Group (IEG) entitled, World Bank Group Assistance to Low-Income Fragile and Conflict-Affected States: An Independent Evaluation. In Chapter 7, Bank Group engagement on gender issues is analyzed at two levels: treatment of gender at the country strategy level and focus on gender at the project level.

More than 1.5 billion people worldwide live in areas plagued by violence and conflict. The World Bank Group identifies support to fragile and conflict-affected states (FCS) as a strategic priority, critical to achieving its mission of reducing poverty and increasing shared prosperity.

Gender issues merit special attention because of the different needs, coping strategies, and challenges for women versus men. But more often than not, women are affected disproportionately by violence and its aftermath.

An evaluation by the Independent Evaluation Group (IEG) of the Bank Group's support to FCS found more attention is needed to address the effects of conflict-related violence against women and economic empowerment projects for them during reconstruction. It offers insights from evaluative evidence to assist development practitioners within the Bank Group who design strategies and projects with potential remedies for more immediate, as well as long-standing, violence and discrimination against women.

The nature of gender-based discrimination and violence can determine whether a country assistance strategy should include projects targeted toward women or rely on gender mainstreaming to address relevant issues. For example, the poor legal and social status for women in some countries exacerbates their vulnerability when a conflict occurs.

Research by the Women, Business, and the Law Project of the International Finance Corporation and the Bank Group shows that in several FCS, married women cannot open a bank account, get a job, or register a business in the same way as married men.  And several FCS countries rely on customary or personal law as a valid authority under the constitution, which often works against women.

Country Strategies. By conducting robust country assessments of the impact of conflict on gender, sound country strategies and projects can be devised and gender concerns can be mainstreamed. For example, if the number of female-headed households significantly increases after the war, projects like skills training, reparations, and access to finance may be more relevant for women than a short-term, cash- for-work project without opportunities for them in the workforce.

Inclusiveness. Including women as part of disarmament, demobilization, and reintegration (DDR) and reparations programs can facilitate a smoother social and economic transition in a postwar society along with the restoration of government services. Very few DDR programs are gender sensitiveâtheir focus is primarily on ex- combatants. The danger is that blanket post-conflict interventions compensate the perpetrators rather than the victims of war.

Assessment. Outcomes of development assistance should be assessed around economic and social empowerment of women. Targeted post-conflict programs can address multidimensional issues related to coping with loss of income, poverty, and post-traumatic psychosocial stress as well providing much-needed social support networks. The benefits from access to finance, for example, include more independence and self-confidence, greater voice in decision making, improved economic conditions, and the opportunity for a home-based job. Interventions that seek to improve women's legal and social status take time to bear fruit. In post-conflict or fragile contexts, it may be impossible to track them over the short term. Yet, it is a task that is crucial in the FCS context.

Special Needs. More access to primary education for females is critical in conjunction with better awareness of the special education needs of FCS, such as second-chance or adult education. Although the usual practice in health and education projects is to prioritize gender concerns, in FCS even these projects rarely address conflict and violence. The health care picture is equally bleak. While some projects in FCS have made significant achievements, still unaddressed are the needs of those who continue to suffer from physical disabilities or psychosocial and post-traumatic disorders.

Country-specific gender analysis is a good starting point to assess inequities imposed by social customs and legal systems as well as challenges made worse by conflict and instability. Findings will guide country strategy and programming. Development practitioners can incorporate them into strategies that recognize disparities and include operational commitments for targeted projects. While potential remedies can be mainstreamed into the country strategy, sometimes targeted aid projects may be necessary.  A gender-sensitive framework to monitor projects can lead the way.

When designing a country strategy consider

External assistance for gender issues can raise the visibility and help set a clear agenda for government. Most FCS countries have a ministry of gender or women's development that is often sidelined by other ministries and has a small budget that limits its ability to address the post-conflict needs of victims and survivors.  A key pillar of the dialogue and engagement with countries is to assist in state-building efforts that can mainstream gender concerns in national and sector strategies and budgets.

The online Violence Against Women and Girls Resource Guide offers basic information, including operational implications, and guidance on prevention and quality services within a range of development projects.

The Women, Business, and the Law Project of the World Bank Group presents indicators based on laws and regulations affecting women's prospects as entrepreneurs and employees. 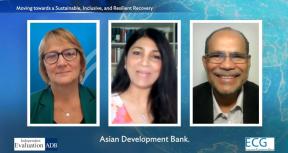 Moving towards a Sustainable, Inclusive, and Resilient Recovery 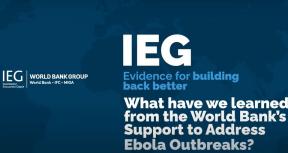 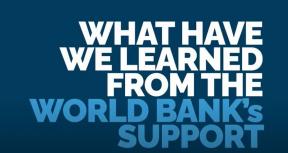 What helps to reduce child undernutrition in crisis situations? 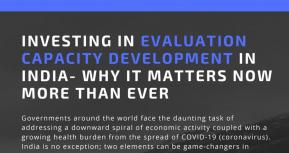 Investing in Evaluation Capacity Development in India: Why it Matters… 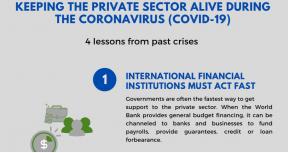 Keeping the Private Sector Alive During the Coronavirus (COVID-19): 5… 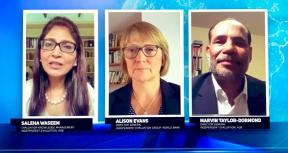 Evaluation Headlines: Adapting Evaluation in the time of COVID-19 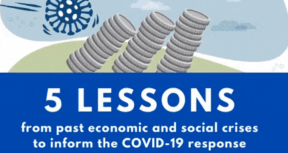 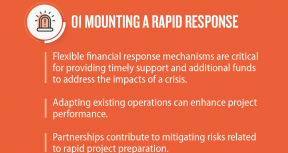