Giuseppe Iarossi is a is Lead Evaluation Officer in the Finance and Private Sector Development Unit of the Independent Evaluation Group (IEG) of the World Bank.

Giuseppe Iarossi joined the World Bank in 1994 in the Research Dept. where he worked on determinants of long-term growth. Since 1997 he has been a core team member of the Investment Climate group contributing to the establishment of the Enterprise Surveys Program throughout the World Bank. In 2005 he moved to the Regional Program for Enterprise Development of the Africa Financial and Private Sector Development. He has managed firm level surveys in Africa, Latin America, South Asia, and East Asia and has written numerous Investment Climate Assessments and research papers on firm productivity and the impact of the business environment on firm performance. He has initiated and led a number of publications including the flagship reports The Africa Competitiveness Report 2007, 2009, and 2011 published jointly with the World Economic Forum and The African Development Bank. In 2011 he moved to IEG where he participated in a number of evaluations, most recently leading the evaluation Industrial Competitiveness and Jobs and Investment Climate Reforms. 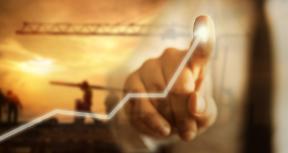 Industry Policy and Jobs - Are We Missing the Point?