This evaluation reviews the WBG’s experience with guarantee instruments during 1990–2007. Although these instruments have been an established product line of the WBG for two decades, they have not been rigorously evaluated across the World Bank, International Finance Corporation (IFC), and Multilateral Investment Guarantee Agency (MIGA).

Foreign direct investment and private capital flows are highly concentrated geographically, with almost half of them reaching five top destinations. These flows tend to evade many high-risk countries. Regulatory and contractual risks, particularly in infrastructure, have inhibited investments in many parts of the developing world. A core objective of the World Bank Group (WBG) has been to support the flow of private investment for development; guarantees and insurance have been among the instruments that the WBG has used to pursue this objective.

1. Should the WBG be in the guarantee business?

2. Have WBG guarantees been used to their potential?

Whereas guarantee instruments remain an important tool for supporting WBG strategic priorities, the use of the instruments has fallen short of WBG expectations to varying degrees. Several factors contribute to the perception that there is significant unmet demand for WBG guarantee instruments: (1) Political risk is consistently ranked as a main constraint; (2) regulatory and contractual risks are perceived as the main reason for the growing investment gaps in infrastructure; (3) abundant liquidity in emerging markets calls for enhancements that can help deepen the market, extend maturities, lower spreads, and redirect resources to underserved market segments and new areas unfamiliar to financiers in emerging markets.

Some external factors explain limited deployment. To some extent, the WBG has had overly optimistic expectations, particularly in the case of public-private partnerships across a range of infrastructure sectors based on rapid growth in the mid-1990s. Moreover, some studies indicate that 65 percent of investors self-insure rather than take third-party insurance, suggesting a more limited effective demand than expected. Private sector providers of risk mitigation products have expanded their coverage in terms of both products and markets. Liquid markets in the 2000s have reduced the demand for sovereign partial credit guarantees.

Internal factors have also constrained the deployment of instruments. MIGA’s Convention and Operational Regulations limit its adaptability to new market trends. MIGA has also not been sufficiently aggressive in innovating within the flexibility allowed by current policies. Internal constraints to the deployment of Bank Group guarantees include the application of standards designed for public sector operations to private sector projects and lack of both internal and external promotion of the instruments. IFC has tended to apply a traditional project financier’s approach to guarantee-type instruments. It has taken an overly conservative stance toward risk-sharing facilities, which has constrained their utilization. Although some progress has been made in innovation, there has been limited replication and scaling up.

3. Is the WBG appropriately organized to deliver the range of guarantee products?

At the same time, each institution’s products carry distinct attributes that help define market niches. Relationships of both substitutability and complementarily exist among the WBG PRM instruments, which implies both opportunities for cooperation and the need for coordination.

Mechanisms to enhance coordination across the WBG have had varying degrees of effectiveness. More systematic consultations between MIGA and Bank country and sector departments have helped ensure that MIGA-supported projects are consistent with the Bank Group’s strategy in a country. But the principles that govern the relationship between MIGA and IFC products have been unclear. In some cases, informal information sharing about business opportunities has been effective in leading to actual guarantee projects.

Guarantees have been effective in promoting key WBG strategic objectives, particularly in facilitating the flow of investment to high-risk sectors and countries. They remain important instruments for achieving WBG’s priorities.

The use of guarantee products in each of the three institutions has fallen short of expectations, because of both external and internal factors. Internal constraints include (i) competition among the three WBG institutions that imposes additional transaction costs on clients and reputational risks to the WBG; (ii) weaknesses in marketing; (iii) supply-driven policy and mandate restrictions; (iv) limited internal awareness, skills, or incentives in the World Bank and IFC; and (v) inconsistent pricing of the WBG political risk-mitigation products. 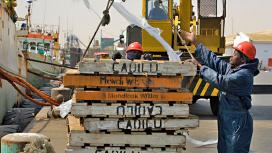