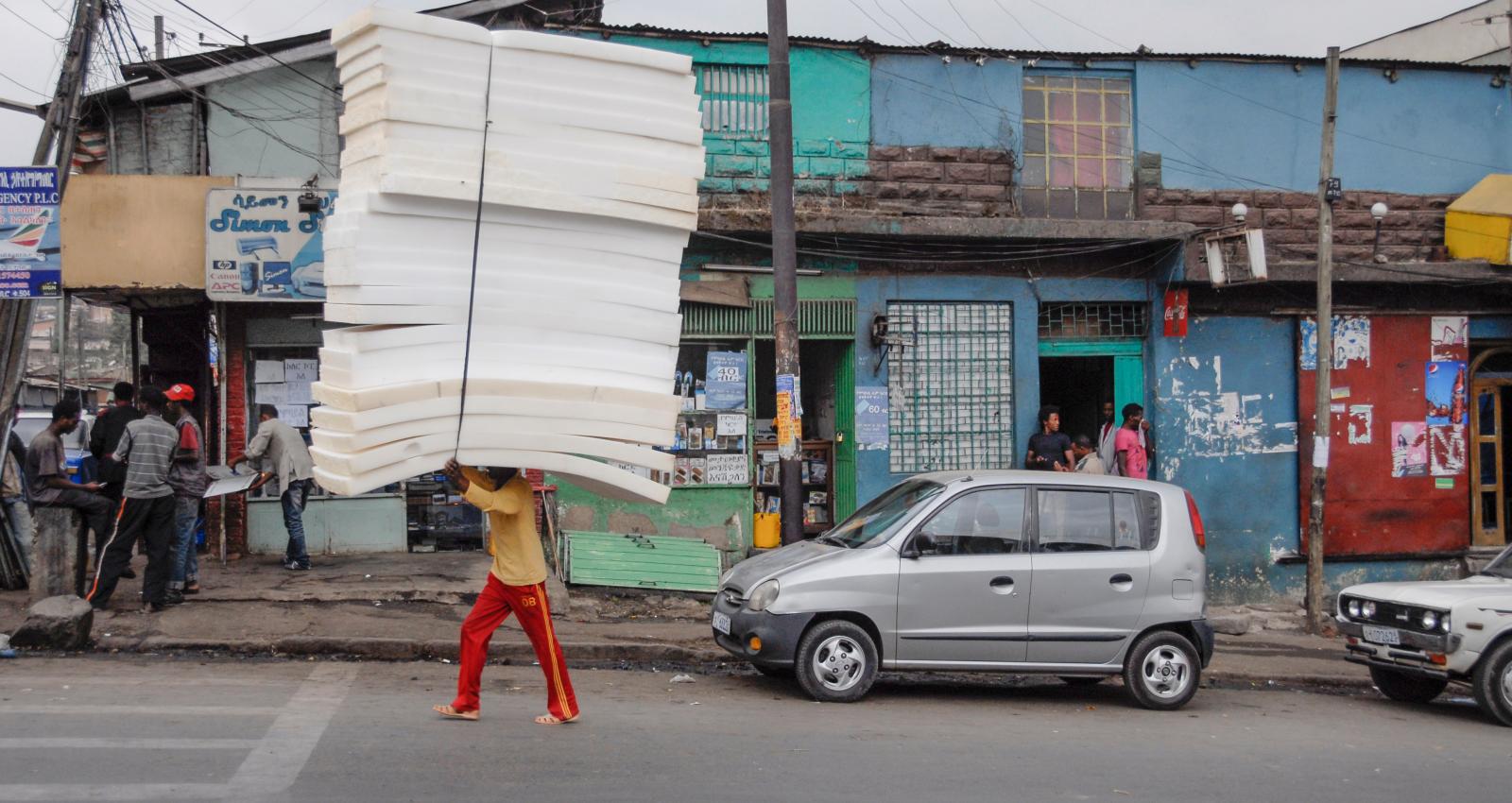 Ethiopia is urbanizing rapidly and has one of the fastest growing urban populations in the world. The number of people living in urban centers is expected to nearly triple in the next two decades, from 15.2 million in 2012 to 42.3 million in 2037, growing at 3.8 percent a year. The Ethiopia Urbanization Review 2015 indicates that the rate of urbanization will be even faster, at about 5.4 percent a year.

Tax revenue collected by local governments in urban areas was insufficient to meet the growing costs of infrastructure, operations, and maintenance associated with the rapid urbanization. The resulting significant gaps in access to basic services and infrastructure limited economic growth.

In recognition of the importance of cities to the country’s growth, The Government of Ethiopia established the Ministry of Urban Development, Housing, and Construction (MUDHCo) to provide strategic guidance to city governance and management and align urban governance with overall national policies. These policies focus on urban-based industrialization complemented by a growing service sector, and a focus on urban centers to stimulate overall development.

The World Bank has been supporting the government’s efforts to build capacity across Urban Local Government’s (ULGs) to enable them to meet their responsibilities effectively. The ULGDP is one of the government’s key tools for implementing its overall development strategy, and marks an important shift in focus from rural-based agricultural growth, which has been the focus of development in Ethiopia, to a more urban-based industrialization complemented by a growing service sector and a focus on the urban growth centers to stimulate overall development.

ULGDP’s geographic scope has comprised the country’s 18 most populous urban centers and its capital, Addis Ababa. This scope marked the first phase of the approach and strategy.

The project’s development objective was to support improved performance in the planning, delivery, and sustained provision of priority municipal services and infrastructure by urban local governments across the country.

The project comprised two components or parts: performance grants, and implementation support. ULGDP provides grants to 18 ULGs and Addis Ababa based on their performance against a range of key urban institutional areas, such as participatory budgeting, fiduciary management, social and environmental systems management, and others. The local governments receive funds from the program based on their performance and use these funds on urban infrastructure, such as urban roads, solid waste management, drainage, water supply, and others.

Read more about the project objectives and design for (ULGDP) in Ethiopia.

Relevance of design is rated substantial. The design of the performance-based grants proved to be a powerful and effective incentive to achieve the project objectives. By linking substantial levels of financing for capital investments to performance-based, institution-building indicators, the project design provided incentives for local participating governments to improve their management and administration capacities. The performance criteria were relevant because they were linked directly to the project’s objective of achieving municipal improvements in the planning, delivery, and sustained provision of priority municipal services and infrastructure in urban local governments

The monitoring arrangements developed for the program was a noteworthy feature of the project design. The design had some  challenges. The decision to include Addis Ababa did not sufficiently consider how such a disproportionately large urban area could be accommodated within the project design (for example, how to incentivize behavior). Furthermore, the design did not incorporate adequate mechanisms to ensure that regional government agencies would perform the project tasks.

Efficacy is rated substantial. Overall, with only minor shortcomings, the targeted urban local governments improved their performance in the planning, delivery, and sustained provision of priority municipal services, including with the support of additional financing. Priorities in the use of funds differed slightly from those anticipated, most notably those related to an increased demand for improved water sources. However, some variation from the original targets was expected because the project design was demand driven. All 19 cities fulfilled the capacity building objectives in eight areas of municipal and urban development.

Read more about the implementation and outcomes for Urban Local Government Development Project.

1. There is a trade-off between scope and development outcomes in municipal operations that use performance-based grants. It is critical to ensure that funding is sufficient to both incentivize behavior at the city level and offer a meaningful level of technical assistance. The government of Ethiopia often chooses breadth over depth when scoping its operations for reasons related to social cohesion and perceptions related to regional inequality. The ULGDP is an example—it includes all 117 cities with a population of more than 20,000 persons. By contrast, only 18 cities were included in the first project. Such reduced scope was a major success factor that enabled meaningful transfers at a scale that could incentivize transformational behavior. Targeted cities adopted participatory planning, capital and maintenance planning and budgeting, and own-source revenue enhancement, and provided access to all-weather roads. Such outcomes are unlikely if only modest amounts of transfers per city are available

2. A one-size-fits-all approach is ineffective in urban development projects that target multiple cities at various stages of development. To achieve development outcomes, the World Bank should instead offer a flexible package of infrastructure, service, and technical support options aligned with clients’ differentiated needs. In rapidly urbanizing areas, client needs can evolve and diverge, even during the life of a single project. In Ethiopia, some cities require support that is more sophisticated for city management and advanced infrastructure, which differ from the needs of newly created cities. Such a differentiated approach could have solved the misaligned incentives to reform in Addis Ababa, for example.

3. Promoting autonomous decision making at the city level although ensuring that operational rules and supervision are in place is a necessary condition to ensuring the intended use of funds in municipal finance projects. In the ULGDP, the World Bank initially decided not to intervene in the fund allocation process, beyond the assignment of broad categories. This approach proved insufficient, however. The World Bank tried to insert more selectivity at the time of additional financing by adding specific indicators, but these fell short of ensuring that the funding was fully allocated as intended (for example, cobblestone roads were sometimes located in relatively upscale or underpopulated areas, and roads were built without proper drainage).

4. Urban development projects need to balance targeting core city administrative functions as well as improving city management and planning competencies. The ULGDP primarily addressed back office functions—getting systems in place and helping them to function effectively. Consequently, some of the core city management and regulatory functions in the targeted municipalities progressed slowly. For example, in the cities targeted, there was little progress on enforcing building codes, construction quality, integrated drainage, and traffic management. The balance requires designing projects that can emphasize addressing each city’s binding constraints.

Read more about the World Bank in Ethiopia