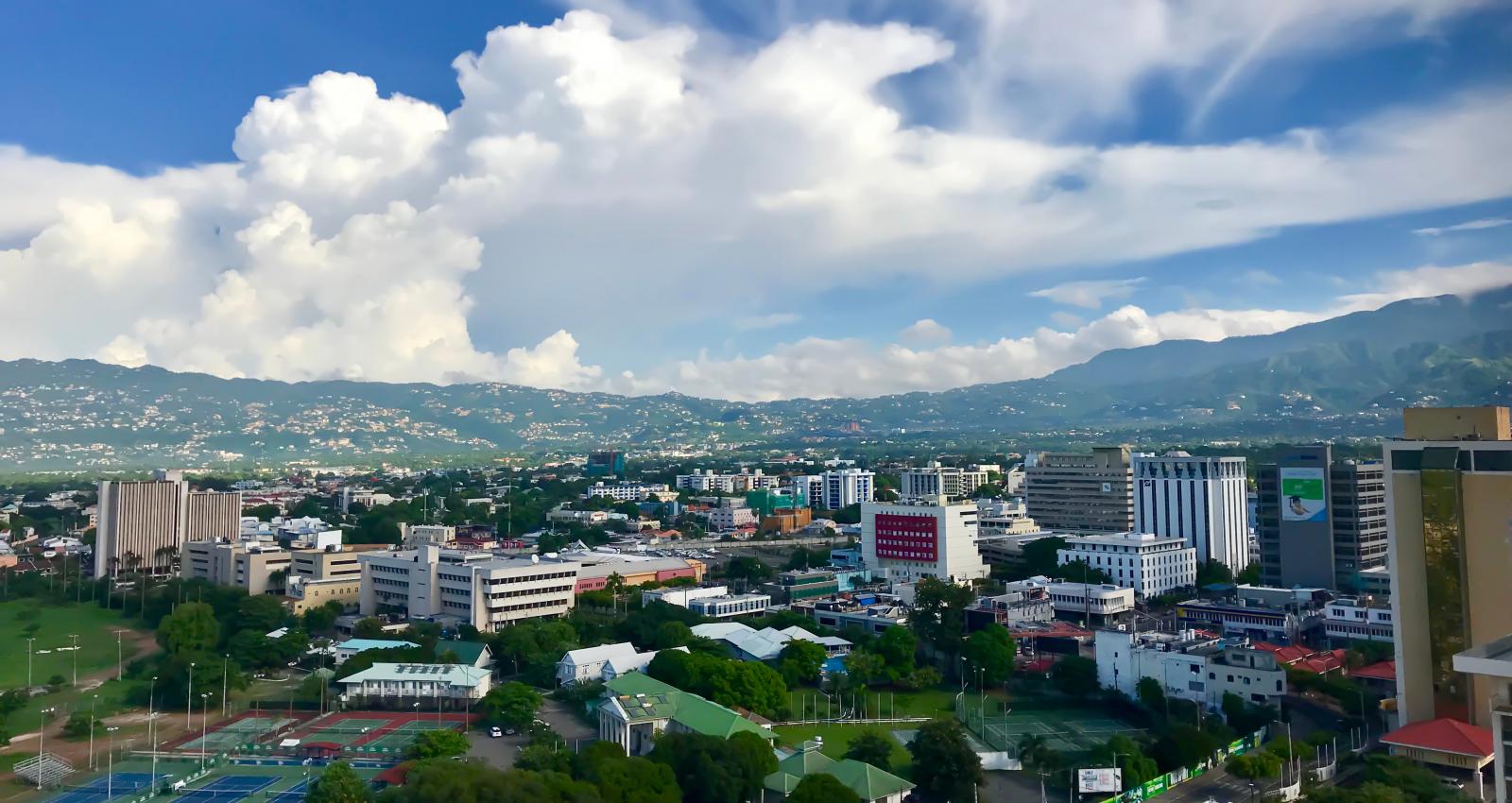 For several decades, Jamaica’s economy was plagued by slow growth, widespread poverty, and high public sector indebtedness. For three decades, Jamaica’s growth per capita averaged about 1 percent per year. From 1997-2007, extreme poverty declined from 19.9 percent to 9.9 percent, but the global financial crisis that began in 2008 caused poverty and unemployment to spike to 18 percent and 16 percent, respectively, with youth unemployment of about 30 percent. Recovery was slow. Public debt, which averaged over 120 percent of gross domestic product (GDP) during the early 2000s, peaked at about 147 percent of GDP in 2013 following Hurricane Sandy, which devastated the island’s infrastructure and its fragile, tourism-dependent economy. Jamaica’s weak long-term economic performance reflected a combination of shocks and policy-related factors, mainly those related to fiscal management and the investment climate.

Against this backdrop, a new government took power in 2012 promising to restore macroeconomic stability and growth. In February 2013, the authorities reached an agreement with the International Monetary Fund (IMF) on a four-year arrangement under the Extended Financing Facility (EFF), aimed at the restoration of fiscal discipline through wage controls and other expenditure cuts backed by a multiyear wage agreement. The program targeted a substantial increase in the primary budget surplus from 3.2 percent in 2011/12 to 7.5 percent of GDP over the medium term (2013–17).

These measures, together with the national debt exchange aimed at lengthening maturities and reducing the interest burden of domestic debt, were expected to help reverse adverse debt dynamics, restore investor confidence, and lay the foundation for gradual recovery of growth. Given the considerable net repayments due to the IMF and the large financing gap, program financing necessitated close coordination with, and financial support from, the World Bank and the Inter-American Development Bank (IDB). By October 2013, early EFF program targets had been met, and the first program review was successfully completed as, indeed, was every subsequent review until the arrangement’s completion (IMF 2013a and IMF 2016c)

The operation addressed the two core macroeconomic problems of Jamaica: low growth and weak fiscal management, reflected in, among other things, extensive tax loopholes and an extremely heavy debt burden, with high probability of default. The rapidly worsening fiscal and debt crisis underlined the importance of fiscal management to growth.

Improving investment climate and increasing competitiveness rested on strengthening the enforcement of contracts, simplifying the process of approval of building permits, improving access to credit, and establishing a new policy framework related to small and medium enterprises. The complementarity of these reforms increased the chances of success in an environment where no single measure alone could be expected to produce tangible results. The reforms were also complementary; for example, simpler and less costly business registration would facilitate tax coverage and compliance.

More about the project design, components, and objectives.

As of mid-2019, it was evident that the government had managed to sustain significant fiscal consolidation, reverse debt dynamics, and overachieve its debt target. Cumulative evidence suggests that the reforms supported by the operation have been sustained and, in several areas, deepened during the past six years. This is reflected in the new development policy financing series supported by the World Bank and the International Monetary Fund Stand-By Arrangement that followed the successful conclusion of the three-year arrangement under the International Monetary Fund’s Extended Funding Facility.

Without the 2013 reform program, it is probable that the result may very well have been sovereign default. By implementing the reform program, Jamaica likely avoided a massive and socially disruptive recession with dire consequences for the poor and, indeed, the entire society.

The main building blocks of this success were:

What Could Have Been Done Better?

Growth was below expectations, reflecting a muted domestic and international investor response. This reflected slower than anticipated progress on investment climate reforms but cumulative progress over time began to pay off. Growth in credit, investment (domestic and foreign), and overall economic activity were beginning to accelerate in the past few years.

Below are some of the main lessons related to building ownership, consensus, and credibility during an economic stabilization program: