Building on two decades of engagement on governance issues, the 2007 GAC strategy acknowledged that it "implied a change in the way the Bank does business."Strategic communications and engagement by Bank senior management externally and internally signaled this goal. Over the FY08-10 period, the Bank's response to GAC issues in its country programs and projects has demonstrated continuity without systematic improvement as yet.

For nearly two decades, the World Bank has supported countries in developing accountable and effective states. In 2007, the Bank’s governance and anticorruption (GAC) strategy reaffirmed its commitment to this agenda. Entering its 4th year of implementation, the strategy sought to create an enabling environment for the Bank to pursue the GAC agenda on multiple fronts and thereby increase the number of programs and projects that addressed GAC issues. IEG assessed the relevance and effectiveness of the strategy and its first phase of implementation efforts over fiscal years 2008-10 by focusing on the country operational aspects of the GAC agenda. The evaluation serves as an input to a proposed second phase of the Bank's GAC strategy, which is currently under preparation.

Is the Bank More Responsive to GAC Issues?

Building on two decades of engagement on governance issues, the 2007 GAC strategy acknowledged that it “implied a change in the way the Bank does business.” Strategic communications and engagement by Bank senior management externally and internally signaled this goal. Over the FY08–10 period, the Bank’s response to GAC issues in its country programs and projects has demonstrated continuity without systematic improvement as yet.

Continuity of engagement on GAC is one of the Bank’s strengths. As it did in the years preceding the strategy, the Bank supports GAC objectives in virtually every country where it has operations. In many countries, it has sustained a medium-term GAC dialogue on issues such as public financial management, service delivery, and the investment climate. Borrowers, development partners, and CSOs value its analytical capacity and experience in this area.

Some progress has been made since the 2007 GAC strategy was launched. There have been signs of progress since the strategy was launched. The Bank made plans to support institutional strengthening in three times as many countries in the fiscal 2008-10 period as it did in the fiscal 2004-07 period. Its use of governance and political analysis in project design has increased significantly, as has its use of some country systems in projects in Africa and in countries with weaker institutions.However, important opportunities have yet to be seized.

Also, the Bank’s operational response in countries experiencing governance downturns needs to be more consistent. Many stakeholders inside and outside the Bank hold the view that lending goals conflict with pursuing GAC objectives.

The Bank’s record in helping to achieve countrywide governance improvements was limited. Where its support was effective, the Bank was usually focused on specific GAC entry points and realistic in its aims. Further, it balanced commitments to support long-term institutional development with accountability for interim results. Also important was the choice of financial instruments (for instance, development policy loans or investment loans), which were associated with the achievement of certain GAC objectives. These operational design issues were not new and often pre-dated—although did not adequately inform—the 2007 GAC strategy and implementation plan. In six country case studies (of Azerbaijan, Bangladesh, Cambodia, Guatemala, Liberia, Moldova), the evaluation found the following:

Accountability and the Demand Side. Bank support focused primarily on community-driven and local governance initiatives and supreme audit institutions and anticorruption bodies. Direct financing of non-state actors—as opposed to contracting nongovernmental organizations on Bank projects—was rare and, in some cases, stretched the limits of the Bank’s role as a multilateral development agency.

GAC in Sectors. A central concern in the social and infrastructure sectors was the alleviation of public management constraints on service delivery. More could be done by the Bank and countries to ensure that efforts to strengthen cross-cutting systems (for example, public financial management and personnel systems) are better coordinated with sector initiatives to improve service delivery (for example, the development of sector workforces in health and education).

Investment Climate. The investment climate in several case study countries was constrained by public sector bottlenecks, which the Bank sought to help remove to some effect (for example, in customs administration). Given the importance of transparency for market entrants, the Bank’s advocacy of information disclosure proved important to the private sector, but support for consultative mechanisms between the private sector and the government need to be better safeguarded from risks of capture.

Project Fiduciary Measures. During GAC implementation, the ring-fencing of fiduciary controls on Bank projects was given particular attention (for example, the use of independent procurement agents). These methods sought to limit exposure to fraud and corruption risks and also manage reputational risks to the Bank and borrower governments. Generally, initiatives designed to manage the Bank’s reputational risks relating to GAC were not necessarily the same as those that would help countries take on calculated development risks.

What difference is the GAC Strategy making?

To date, GAC efforts have been more focused on the Bank’s own capacities, resources, and standing as a development partner, than on strategic issues facing partner countries. Country GAC support efforts had mixed results.

Guidance to operational teams emphasized managing transaction-level fiduciary risks in investment projects rather than updating the Bank’s approach to managing systems-level risks, including in policy-based lending. As a result, risk management intensity of Bank operations was associated more with the choice of instrument than the risk profile of an individual operation.

Implementation and funding arrangements within the Bank were fragmented and needed to be more oriented to front-line concerns and results. Internal and donor resources needed to be more strategically deployed to sector and field-based units to achieve GAC strategy goals.

Key elements of the 2007 strategy and implementation plan need to be addressed if the Bank is to more consistently and effectively help countries overcome deep-seated governance challenges.

What should the Bank do going forward?

A planned second phase of the GAC strategy can more fully deliver on its potential by focusing on operational solutions that help build country governance capacities. To do this, the Bank can: 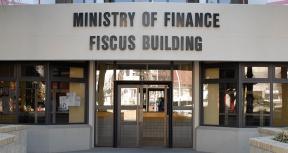